Last September, the Law Project for Psychiatric Rights filed what is sure to become a landmark case against the State of Alaska aimed at stopping the over-prescribing of psychiatric drugs to children covered by public health care programs in that state. 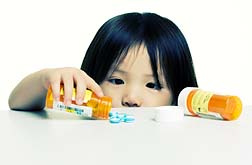 "The massive over-drugging of America's youth is an unfolding national horror," says attorney Jim Gottstein, the leader of the Law Project. The lawsuit seeks an injunction to stop Alaska from authorizing or paying for psychotropic drugs prescribed to children in foster care or children covered by Medicaid "without safeguards being in place to make sure proper decision making occurs."

Specifically, the complaint is asking for a court order prohibiting the State from giving or paying for these drugs unless and until: (i) evidence-based psychosocial interventions have been exhausted, (ii) rationally anticipated benefits of psychotropic drug treatment outweigh the risks, (iii) the person or entity authorizing administration of the drug(s) is fully informed, and (iv) close monitoring of, and appropriate means of responding to, treatment emergent effects are in place.

"The corrupt influence of the pharmaceutical industry in illegally promoting much of this drugging has been well established," Mr Gottstein says, "yet the state continues to inflict great harm on the children it has taken away from their families by giving them these drugs."

"It is absurd to think all these children have a mental illness," he adds. "They are being drugged because they are upset and bothering people...because decisions to administer medication to children are not made by the children themselves, the administration of psychotropic drugs is involuntary."

Under the Alaska Constitution, he says, involuntary administration of such drugs infringes upon fundamental rights and the state must have a compelling state interest in doing so. They must be in the best interest of the children and there must be no less intrusive alternatives, the lawsuit notes.

Governor Sarah Palin is named as a defendant in the lawsuit because she is ultimately responsible for the protection of children as Governor of Alaska. "I doubt anyone on the Governor's staff has even let her know about the problem despite my trying to bring it to her attention ever since she took office," Mr Gottstein notes.

In fact, as far back as March 14, 2007, he emailed Governor Palin about children in custody in other states dying from the administration of psychotropic drugs, and stated:

"The massive over-drugging of America's children and youth is a titanic health catastrophe caused by the government's failure to protect its most precious citizens, who rely on the adults in their lives to shield them from harm, not inflict it upon them. Perhaps the worst of all is the State inflicting this harm on children and youth it has taken from their homes "for their own good."

Mr Gottstein concluded by asking her to, "Please correct this situation." On February 4, 2008, he wrote to Governor Palin again, in hopes of avoiding a lawsuit, and sent copies to the Attorney General and others, conveying scientific evidence regarding the harm being done by the over-prescribing of psychotropic drugs to children, and stated in part:

"Children and youth are virtually always forced to take these drugs because,
with rare exception, it is not their choice. PsychRights believes the children and youth, themselves, have the legal right to not be subject to such harmful treatment at the hands of the State of Alaska.

"We are therefore evaluating what legal remedies might be available to them. However, instead of going down that route, it would be my great preference to be able to work together to solve this problem. It is for this reason that I am reaching out to you again on this issue."

"Fewer than ten percent of psychotropic drugs are FDA-approved for any psychiatric use in children and youth," the lawsuit alleges.

"Although it is illegal to promote drugs for use in children if the FDA has not approved them for that use, the law is frequently circumvented by disguising marketing as education or research. Eli Lilly recently agreed to pay $1.4 billion to settle civil and criminal charges of marketing the anti-psychotic drug Zyprexa for uses not approved by the FDA (known as "off-label" uses). Zyprexa, which has serious side effects, is one of the drugs frequently used off-label to treat children diagnosed with bipolar disorder."

She went on to state: "Unlike migraines or shyness, hypertension or high cholesterol can be defined by an objective measurement—a blood pressure or cholesterol level. One can dispute the threshold chosen as abnormal, but the measurement is easily verifiable. The fact that psychiatric conditions are not objectively verifiable underscores the necessity for both diagnosis and treatment to be as impartial as possible. That is why conflicts of interest are more serious in this field than in most others."

Mr Gottstein's complaint lays out the evidence of harm to children caused by psychiatric drugs as documented by a program titled, "Critical Risk Rx, A Critical Curriculum on Psychotropic Medications," designed by a team led by Dr David Cohen, a Professor at Florida International University.

The purpose of the "Critical Think Rx" program is to promote critical thinking skills about psychiatric medication issues related to the authorization of the administration of psychotropic drugs to young patients. The program was developed under a grant from the Attorneys General Consumer and Prescriber Grant Program through the multi-state settlement with Pfizer of consumer fraud claims regarding the off-label promotion of Neurontin, one of the anti-seizure drugs marketed as a mood stabilizer.

Critical Think Rx is funded at the Florida International University, and is the only project targeting non-medically trained professionals in child welfare and mental health. All investigators and consultants involved in the program have agreed to forego pharmaceutical industry funding for the duration of the project in order to maintain complete independence.

The "best practices" recommended in the lawsuit were assembled by the Critical Think team and have been proven effective, Mr Gottstein advises.

Part 2 Next week: The Major Turning Point: the Death of Rebecca Riley

Evelyn Pringle is a columnist for Scoop Independent News and an investigative journalist focused on exposing corruption in government and corporate America.

This report was written as part of the Pharmaceutical Litigation Roundup series and sponsored by the Baum, Hedlund, Aristei & Goldman law firm.
READ ABOUT Psychiatrist-Malpractice LAWSUITS

Click to learn more about LawyersandSettlements.com
LawyersandSettlements.com - A trusted, independent legal news provider bringing quality news and information on legal cases and lawsuits filed in the United States of America to its readers since 2002. Over 650,000 legal help requests including Civil & Human Rights Cases, and Drugs & Medical Cases have been forwarded to lawyers all across to the country.