Paxil Birth Defects Lawsuits: One Down, Hundreds More To Go

The recent court victory for a family who alleged that their son suffered from Paxil birth defects could have a major impact on future Paxil lawsuits. This particular lawsuit awarded $2.5 million to the plaintiffs. 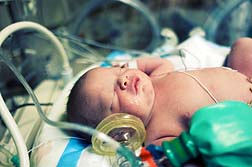 Michelle David's son, Lyam Kilker, was born with serious heart defects. Lyam underwent surgery to repair two holes in his heart and will need further surgery as he grows older. According to the lawsuit, David had no history of heart defects in her family. The lawsuit alleged that Lyam's heart defects were caused by exposure to Paxil during David's pregnancy.

The jury found GlaxoSmithKline guilty of negligence and awarded David $2.5 million. Punitive damages were rejected, however, as the jury did not find that the pharmaceutical firm was guilty of outrageous conduct. David's award was more than double the $1.2 million she originally sought to pay for Lyam's medical care and other damages.

This is good news for the plaintiffs in the approximately 600 other lawsuits pending across the US against Paxil for alleged heart and birth defects, according to an Associated Press report. Other plaintiffs could still push for punitive damages in their cases.

More PAXIL News
However, according to the Philadelphia Inquirer, GlaxoSmithKline has said it will appeal the decision, arguing that birth defects "occur in 3 to 5 percent of all live births, whether or not the mother was taking medication during pregnancy."

GlaxoSmithKline also said that it had "acted properly and responsibly in conducting its clinical trial program for Paxil."

The jurors did not agree. In a 10-2 decision, they found that GlaxoSmithKline officials were negligent in their failure to warn David's doctor about Paxil's risks and concluded that Paxil was a "factual cause" of Lyam's heart problems.

What impact this verdict will have on GlaxoSmithKline's handling of the other lawsuits remains to be seen.