No Flood of Praise for Sears in Negligence Suit

The purchasers of an appliance from Sears are suing the company, alleging negligence with regard to the installation of a new refrigerator, according to a June 8th account in the West Virginia Record. The issue is a flood that happened in their home, allegedly caused by either the appliance, or the method of installation. 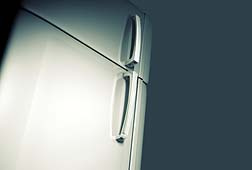 Charles and Darlene Kay Beecher allege in their statement of claim that the new Kenmore refrigerator, which they acquired on April 16th of last year from the Sears store in Banfield, Ohio was purchased together with an $85 installation fee that covered the cost of delivery and installation.

High-end refrigerators have features such as automatic icemakers and cold water dispensers, for which they need to be hooked into an active supply of water.

In his claim, the co-plaintiff says he contacted the employee at the store who sold them the refrigerator and reported that the unit had not been completely installed.

On May 8th of that year—about three weeks after the appliance was delivered—the Sears employee who sold the Beechers their appliance came to their home and was purported to have connected the appliance to the water line.

More NEGLIGENCE News
It was not established if the employee was a licensed plumber, or had technical or service training.

When Charles Beecher returned home from work several hours after the appliance plumbing had been allegedly installed, he found that his home had been flooded.

The co-plaintiff claims he called the store to alert them to the situation and invited two store managers to come to his home and view the damage for themselves.

It is alleged that both individuals declined.

The plaintiffs claim that flooding of their home caused $8,552 in water damage and that the company has refused t accept responsibility.