The Washington State Supreme Court recently overturned a law that could have potentially blocked medical negligence victims' access to courts. 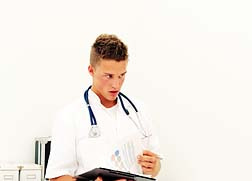 At issue was a 2006 state law that required those filing medical negligence lawsuits to submit a certificate of merit from a medical expert in the same field as each of the healthcare defendants involved in the suit.

The court ruled the law violates the separation of powers between the legislature and judiciary branches, as well as blocking medical malpractice victims' access to a trial.

More NEGLIGENCE News
This issue was brought to light after a 2007 lawsuit was filed against the Wenatchee Valley Medical Center on behalf of Kimmie Putman by the Perey Law Group. The victim claimed in the suit doctors failed to promptly diagnose her ovarian cancer, which eliminated her chance for early treatment.

At the time of the filing, the trial court dismissed a portion of it because Putman did not file a certificate of merit, which prompted the law group to file an appeal.

"The requirement put a burden on victims and elevated doctors and hospitals above the law, making them untouchable to many injured patients," said Putman's attorney Ron Perey.

If you or a loved one have suffered losses in this case, please click the link below and your complaint will be sent to a malpractice lawyer who may evaluate your Negligence claim at no cost or obligation.
Request Legal Help Now