Negligence comes in many forms—even in the supply of transmission fluid. That was the allegation of a negligence lawsuit heard earlier this summer in Jackson County Circuit Court. A collection of plaintiffs that represented various enterprises serving the automotive industry as service agents and rebuilders of transmissions alleged that a supplier of automotive transmission fluid (ATF) supplied faulty fluid that led to further tranny troubles. 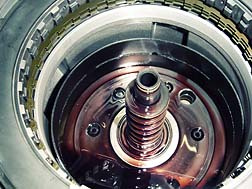 A jury delivered a verdict in favor of the plaintiffs.

One of the plaintiffs, C-BAM Enterprises doing business as Gattshall's Transmission, grew suspicious of the ATF when a re-built transmission failed only weeks beyond the overhaul.

Testing of the ATF revealed elevated levels of silicon and other contaminants.

The supplier of the ATF was contacted, who indicated to the plaintiffs that other customers had voiced similar concerns, but up to that point the problem remained a mystery.

According to the text of the negligence complaint the supplier of the ATF, Corrigan Oil Co., had, on October 31, 2006, drafted a letter advising its customers of problems with the ATF and recommending a recall.

However, according to a summary appearing today in Michigan Lawyers Weekly, the correspondence was never sent. After meeting with its insurer, AIG, together with two other Corrigan employees it was alleged that the defendant decided to take no action and instead adopted a 'wait-and-see' approach.

More NEGLIGENCE News
Records show that in 2006 Corrigan sold about 70,000 gallons of ATF, with the plaintiffs purchasing about 3 percent of that total. The plaintiffs alleging negligence showed that suspect ATF was placed in 650 vehicles, 235 of which came back for repairs and rebuilds.

The negligence lawsuit went to trial and the jury came back following a day of deliberation finding in favor of the plaintiffs. In addition to the out-of-pocket losses, the plaintiffs also sued for lost profits and damage to reputation caused by the bad publicity related to the recall and bad ATF.

The jury found that negligence on the part of the defendant caused damages to the plaintiffs as claimed and awarded $2,226,000. The jury also rejected the defendant's nonparty claims against its suppliers. At one point the defendant offered $35,000 against damages sought of $1.5 million. The final negligence award was higher.

Posted by
bruce gosselin
on April 29, 2015
Had a 1988 pick up, with 5 speed manual transmission. It was rebuild 3 times. And I. Was blamed of faulty shifting, Just to remind the throughout baring is in stalled with silicone cause the 1988 gov serirra had a faulty baring set in the transmission, in the first place. Bad boring job. Baring won't fit perfectly. That was the debris that caused the problem not me or the oil