Negligence Takes on Many Forms

This is a story about negligence, but in more ways than one. On the surface, it is about certain individuals and entities not doing their jobs properly, the aftereffects of which caused irreparable harm to a child. But in this case the negligence goes even deeper, and the end result represents negligence borne out of the absence of common sense, compassion and fairness.

It's a compelling story.

Kyle Jim, aged 11, had the unfortunate luck to get in the way of a tick--which bit him—and he consequently suffered an infection. His mother took him to the St. Francis Campus of Via Christi Regional Medical Center for treatment three times, and each time left without the administration of a well-known antibiotic, commonly used to treat such infections. 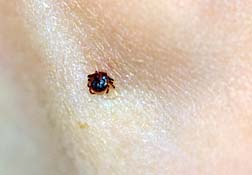 As a result young Kyle's infection grew worse, and in the end he lost both his legs, his fingers, his hearing and the ability to speak. His sight is permanently damaged; he incurred a permanent brain injury, and was made to suffer through torturous skin grafting.

All for the bite of a tick. However, in a cruel twist of fate, the bite of his home State of Kansas appears to be much worse.

Upon the conclusion of a grueling seven weeks of testimony, a 12-member jury voted unanimously to an award of $5.8 million, in favor of the plaintiff, against Via Christi and its employee doctor. That's $5.8 million for Jim's needless suffering and loss.But there's a catch. Of that $5.8 million award, Kyle and his family may see only $250,000.

Because in the State of Kansas there is a statute that limits the payout for human damages caused by another person's wrongdoing. A cap, if you will. And this cap is at $250,000.

Thus, if Kyle lives to retirement age of 65, he will receive less than $15 per day.

One can imagine that the scope of Kyle's injuries will make it very difficult for him to earn a living. He will more than likely remain a constant burden to his family, or to society at large. Obviously the jury had such a realization top-of-mind when the verdict was deliberated.

However, if the State's cap law is upheld and governs the actual size of the award, Kyle's compensation will amount to less than the cost of his medical care thus far at Via Christi—a cost that is covered by Medicaid, and thus paid to Via Christi, so the facility isn't out of pocket.

More NEGLIGENCE News
But here's the real kicker; there is no cap where it pertains to economic loss, vs. personal human loss. In other words, were an art collector to lose a valuable painting in a fire, for example that was caused by someone's negligence, or wrongdoing—and that painting is worth a half million dollars, the collector is entitled to compensation for the full amount of the loss. So, if he claims $500,000 as the value (and he can back it up with documentation), he gets $500,000 back as his compensation from someone else's negligence.

Kyle Jim and his family meanwhile face a lifetime of hardship, for which a jury awarded them $5.8 million, but of which they will receive, under the State's legislated personal injury cap, $250,000.

Which goes to prove that negligence takes on many forms…