Green Dot Prepaid Fees A Surprise to Many

It may seem unfamiliar to you, but to some 80 million Americans who are classed as 'unbanked,' the Green Dot Visa card is fast becoming a common way to make purchases and handle finances. However the Green Dot prepaid card—the largest player so far in the prepaid debit card game—is also proving a significant frustration, especially in view of Green Dot fees. 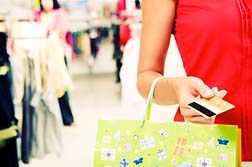 Pre-paid debit cards are an option for those who don't have a regular relationship with a bank.

"Every year we've seen big growth," said Steve Steit, the founder of Green Dot and one of the largest reloadable prepaid card companies. He told The New York Times recently "there's a part of me that believes we are just at the entry ramp to growth right now."

That appears to be true. Last year, according to the Mercator Advisory Group, customers loaded about $8.7 billion onto prepaid cards, representing a 125 percent increase over the previous year. The industry is expected to mushroom to $119 billion by 2012.

Critics, however, decry the user fees that prepaid debit card users must pay for the privilege.

A joint investigation by The New York Times and the PBS program 'Frontline' discovered just how much it was costing cardholders.

Worse, the fees are often hidden in the fine print and few vendors, if any, make any effort to apprise customers of the costly details which can include activation fees, per-transaction fees, and even charges for inactivity and calls to customers service. Fees can vary amongst the various prepaid debit cards.

More GREEN DOT VISA News
According to The New York Times/Frontline investigation, the fees associated with Green Dot were among the lowest amongst the various players in the prepaid debit card community, at $40.75 for the first two months of typical use.

That compares with $10 or less for a low-balance checking account with no overdrafts at most major banks.

An industry-sponsored study by Bretton Woods, a bank advisory firm, found that prepaid cards like Green Dot are cheaper than a checking account at $207 annually for the prepaid debit card vs. $353 for a checking account. However the latter assumes six overdraft charges.

If you have suffered losses in this case, please send your complaint to a lawyer who will review your possible [Green Dot Visa Lawsuit] at no cost or obligation.
Request Legal Help Now