ReNu Fungal Infections: The Eyes have It

Last year's recall of ReNu with MoistureLoc lens solution may have hurt manufacturer Bausch and Lomb's bottom line, but it also impacted consumers where it stings most --right in the eyes. 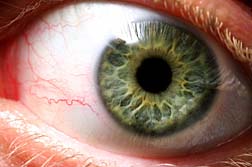 Bausch and Lomb is one of the largest manufacturers of eye care products in the world, a market share that has grown with the widespread use of soft, disposable contact lenses.

It was last year when problems with some Bausch and Lomb products began to appear. Specifically, ReNu with MoistureLoc, a product manufactured in Greenville, North Carolina, was suspected of causing fungal eye infections. On April 13th of last year, Bausch and Lomb voluntarily recalled ReNu with MoistureLoc from United States store shelves. Less than a month later, with the full support of the United States Food and Drug Administration (FDA), Bausch and Lomb expanded that recall to included all global markets.

Subsequent investigation determined that the link between Fusarium Keratitis fungal disease, and ReNu with MoistureLoc had more to do with the formulation of the product, than any suspected problems at the Greenville manufacturing plant. Regardless, the fungal outbreak that led to the recall triggered a response by the U.S. Centre for Disease Control, which conducted an investigation and reported that between June 1st 2005 and June 30th 2006 a total of 164 cases of Fusarium Keratitis were confirmed in 33 States, and Puerto Rico. Of that number, 34 per cent required, or will require corneal transplants.

According to the study, patients who developed Fusarium Keratitis were 20 times more likely to have used Bausch and Lomb ReNu with MoistureLoc. The findings were published in the Journal of the American Medical Association.

Bausch and Lomb's problems haven't stopped there. In March of this year the company issued another voluntary recall of certain lots of ReNu MultiPlus contact lens solution over concerns that trace amounts of iron in the product could cause discoloration, and reduce shelf life. The take-back involved 1.5 million bottles.

The voluntary recall, however, raises another concern over who is ultimately responsible for removing tainted product from store shelves. In Canada, for example, Health Canada puts the onus on the manufacturer issuing the recall to undertake product removal from retail stocks. In one highly publicized case, bottles of the recalled product were found to be available at Loblaw weeks after the recall. In a statement dated April 18th, Bausch and Lomb Canada expressed concern, and assured consumers that not only did the manufacturer notify Loblaw of the recall, but also that the initial communiquï¿½ was followed-up on several occasions before the country's largest grocery store chain finally complied.

Symptoms of a fungal eye infection linked to ReNu with MoistureLoc include eye pain, blurred vision, redness in the eye, sensitivity to light, and discharge. Along with the potential for corneal transplants, a fungal infection could lead to severe eyesight loss or even blindness. Use of the more recently recalled ReNu MultiPlus solution could result in eye discharge.

More News
It is recommended that users of contact lens solution discontinue any practise of 'topping up' old solution with new, or vice-versa. Always dispose completely, any quantities of unused solution. It is also advisable, according to the American Optometric Association, along with the FDA, that users should rub and rinse their lenses, even when using a so-called 'no-rub' product.

If you have on hand, or have ever used Bausch and Lomb ReNu with MoistureLoc, which has been recalled for over a year now, watch for signs of fungal infection of the eye. There is fairly conclusive evidence linking the emergence of Fusarium Keratitis, with the use of ReNu with MoistureLoc.

If you or a family member has suffered eye infections or eyesight damage after using ReNu with MoistureLoc contact lens solution, please contact a [ReNu] lawyer who will evaluate your claim at no charge.
Request Legal Help Now