Gynecare Intergel Adhesion Prevention Solution was used to prevent post-operative internal scarring in women but voluntarily pulled from the market in 2003, continues to be an issue for the manufacturers, given reports of adverse side affects and pending litigation. It also provides perspective into how products are approved - and how sometimes, the approval process can go off the rails. 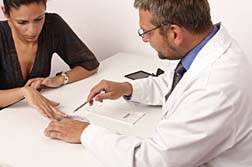 The U.S. Food and Drug Administration approved Gynecare Intergel Adhesion Prevention Solution for use in certain gynaecological procedures in 2001 - although the agency initially denied approval to the manufacturer, Lifecore Biomedical Inc. The FDA found that Intergel increased the chance of infection in women.

Lifecore appealed, and a re-evaluation under the appeals process reversed the original decision of the FDA. Gynecare Intergel Adhesion Prevention Solution was given approval, but with the ominous tag that it was found to be 'reasonably safe.'

The FDA ha since received more than a hundred reports of issues linked to the use of Intergel, including three deaths. In March of 2003 Gynecare Intergel Adhesion Prevention Solution was voluntary recalled by Gynecare Worldwide. Doctors were urged to discontinue active use of the product while the manufacturer studied reports of "pain, non-infectious foreign body reactions, and tissue adherence."

It should be noted that the Food and Drug Administration has not issued a recall of its' own, but in 2004 the FDA Centre for Devices and Radiological Health (CDRH) advised the manufacturer that in its' view, the product was misbranded and cited the manufacturer with failure to submit required documentation pertaining to 11 specific reports of either serious injury, or deaths linked to the product.

Intergel is made from sodium hyaluronate and iron, and was developed to help the healing process and prevent adhesions by separating and protecting tissues after gynaecological surgery. It was originally approved by the FDA only for open gynaecological procedures. Intergel was specifically NOT approved for laparoscopic surgeries or hysterectomies, as data presented a higher rate of infection when used in this fashion. Still, Intergel was often used off-label for hysterectomies, and laparoscopic procedures.

Post-operative issues arising from use of Intergel include pelvic pain, internal scarring, infertility, allergic reactions, tissue adherence and issues with the bowel. Some patients have reported requiring repeat surgery to correct problems allegedly brought about by the use of Intergel.

Examples of procedures for which Intergel has been prescribed include surgery for the removal of fibroids, and treatment for endometriosis. Following use of Gynecare Intergel, patients have reported symptoms ranging from abdominal pain to shortness of breath.
One case, cited in the 2004 communiqué to Lifecore from the CDRH, identified a patient with such advanced adhesive disease that the left side of her pelvis appeared frozen.

To date, about 80 product liability lawsuits have been brought against Lifecore Biomedical Inc, Ethicon Inc., Johnson&Johnson, and Vital Pharma, the packager contracted to handle Intergel.

Gynecare was established in 1997 as the pioneering women's health division of Ethicon, a Johnson&Johnson company.

If you or a loved one has suffered from the use of Gynecare Intergel Adhesion Prevention Solution, please contact a [Gynecare Intergel] lawyer who will evaluate your claim at no charge.
Request Legal Help Now