Alan Cohen was stunned when he was told his contract at an exclusive New City private school would not be renewed. He had an exemplary 20-year-career as a teacher with the New York City Department of Education and 7 more years as an administrator in the private school system. However, 13 months after taking up his new position at the Speyer Legacy School, in New York City, Cohen was suddenly told he wasn’t “a good fit”. 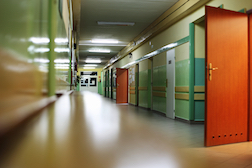 “Obviously it has affected his personal and professional life,” says employment law attorney, Bryan Arbeit from the firm of Douglas Wigdor LLP, in New York City, which now represents Alan Cohen in a lawsuit filed against the school, its administrator and board members.

“He’s been an administrator for many years. He’s never experienced anything like this before and he certainly was not going to stand by and do nothing,” adds Arbeit.

Speyer is an exclusive private school with kindergarten to grade 8 program geared to intellectually gifted children. It has a $40,000 year school fee and advertises itself as having an “impressive curriculum” with a “top-flight” roster of 50 teachers who are “talented and fearless”.

In March of 2015, the interim Head of the Speyer Legacy School, hired Cohen as the Assistant Head of the School and Head of the Lower School, grades K-4.

In the fall of 2015, some 7 months after he was hired, and after new Head took over the school, Cohen found himself answering questions about his sexual orientation. The new Head of School, Dr. Barbara Tischler told Cohen that the school psychologist had informed her that one of the faculty members was asking about Cohen’s sexual orientation.

It became increasing apparent that his sexuality was being discussed widely. In fact, one of the board members offered to fix him up on a date with a male friend of hers. Cohen complained to Dr. Tischler about the ongoing discussions about his sexual orientation but nothing was done to correct the situation.

Cohen knew that sexual orientation was of factor in school promotions because earlier in the year he had worked directly with Dr. Tischler on hiring a new Director of Admissions. The best candidate was lesbian. Dr. Tischler told Cohen the board was showing some resistance to the appointment because of the woman’s appearance. She asked Cohen to speak to her about altering her dress. Cohen had refused.

“My understanding is the woman is still working there but it is indicative of what they are looking at in their hiring,” says attorney Bryan Arbeit. “She was the most qualified for the position but it was difficult to get her in that position because of the way she looked because of her sexuality.”

Under the terms of Cohen’s contract the school had to inform him before March 1, 2016 if his contract was not going to be renewed.

On or around April 4, 2016 Dr. Tischler met with Alan Cohen and told him, “Speyer would not be renewing his Agreement”. According to the complaint, Dr. Tischler told him “the reason was that he was not a good fit”.
He was immediately replaced by a younger, married woman with fewer qualifications.

The school then sent out a memo telling parents and staff that Mr. Cohen would be leaving for personal reasons. They also instructed Cohen not to talk about his reason for leaving.

“I can only speculate as to what their motivation might have been. At the time they said he wasn’t a good fit,” says Arbeit. “He is an excellent administrator, he was loved by the parents, got along with the faculty and the only reason he was characterized as not “a good fit” was more along the cultural lines.”

The Cohen suit alleges that the defendants violated the New York City Human Rights law and the New York State Human law both of which prohibit discrimination on the basis of sexual orientation. The suit also alleges breach of contract.

There has been, as of yet, no answer to the claim from the defendants.
“The school didn’t provide justification for terminating Mr. Cohen,” says Arbeit.

As to what happens next Arbeit says, “We will be litigating this in court.”
READ MORE ABOUT Discrimination

If you or a loved one have suffered losses in this case, please click the link below and your complaint will be sent to a discrimination lawyer who may evaluate your claim at no cost or obligation.
Request Legal Help Now

Posted by
Candie
on October 4, 2016
I had a situation when I was in class to update my skills. I was a gay white woman and the instructor made me feel like sh@%. It was in my best interest to leave the class and of course I lost out on the training. I reached out to these attorney's online Lawyers and Settlements as I am only seeking the cost of my training so I can go and get retrained in my field to get a better paying position. I have not heard a word back from the lawyers nor the school. So they kept my money 4000.00 never completed the training and feel like a second class citizen. I am a human being last I knew we were all GOD's children so why treat us gay people so unfair and act as if we are alien's? I am so sick of the bullying by your average white man. This usually happens when you have a man that is insecure with himself and or woman that are curious. They are jealous because we can be ourselves...
We are not insecure. I just want to be able to better myself for my career. People are so heartless but remember what goes around comes around they could be hit with one of their kids coming home saying Mom and Dad "IM GAY" then they open their eyes so of course they wouldn't want their child mistreated in the work place that is when the eyes open. They will get their day when it hits home.
I wish you well and hope it all works out for you keep your chin up and remember you are not alone its happening to all of us!! God has a better plan for you.

Posted by
Shirleypix
on October 2, 2016
This is the LGBT community at it yet once again! I was told once that I wasn't a good fit cause I was a white woman and not a black woman. I didn't sue the firm for this but just went to the next job interview and landed the job.

I guess we can expect the LGBT community to sue every time they're told "NO" now, to attempt to ruin companies, churches and lives! Unbelievable!!

Posted by
Mike Lagree
on October 2, 2016
We would not be having this problem if it was a straight white guy who was fired. You just can't get away from it folks, under this administration, with the Dept. of Injustice, and the corrupt head of the FBI, theyare a protected class.