As many as 10 companies have been targeted in eight lawsuits that have been filed against them. The lawsuits claim that a heating system malfunctioned in a student complex back in 2005 that released carbon monoxide into some apartments. One person was killed and others within those apartments became sick.

The lawsuit names as defendants: the heating boiler's manufacturer, the maker of the pipe that malfunctioned, the landlord, and various others. In a hearing that took place at the end of April 2008, a total of 19 lawyers attended and two of the cases were settled. 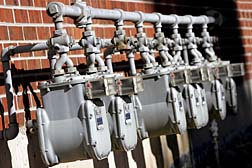 It was the Redstone Complex located near the University of Vermont that experienced a boiler misfire. This caused a faulty pipe to become dislodged, which sent carbon monoxide into the apartments directly above it.

One of the lawsuits was filed in 2006 by Jeff Rodiff's estate. He was the student who died of carbon monoxide poisoning when the boiler system malfunctioned. The suit alleges that the president of Williston Heating and Ventilation Company, Stephen Bartlett, had knowledge of a federal recall that involved the plastic Plexvent pipe that had dislodged from an elbow joint on the boiler system. They say he knew of this because he had to replace the same pipe in his own home in 1999. The claim says he did not perform the same repair for the pipe in the student apartment building. According to the suit, it was his firm that did the maintenance for the system within the building.

More News
Then there is the company New England Air Systems whose president, they allege, had the Plexavent pipe removed from his home after the recall was issued. New England Air Systems did nothing to remove the piping from the student apartment building once the recall was issued. The suit says they did not bother to close down the system or make any assurance that the piping would be removed and replaced.

If you have believe you have suffered injury from a Defective Product, please contact a lawyer involved in a possible [Defective Product Causing Injury Lawsuit] to review your case at no cost or obligation.
Request Legal Help Now