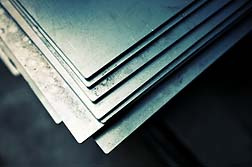 The latter is a specialized alloy used in various products, including orthopedic implants used during surgery. As reported by the GMP Letter September 3, a device maker was unsuccessful in processing titanium through a machine used to manufacture a device (the specific device was not identified). The manufacturer approached its supplier, G&S Titanium, an importer-distributer.

According to Roger Geiser, G&S CEO, the defect was identified as alloy segregation, an indication that the metals were not melded homogenously. If the alloy is not melded properly, the metals remain unmixed.

G&S said the raw material was imported from Dalian Sunny Titanium Industry, an enterprise based in China. Geiser added that his company is no longer purchasing titanium from there.

While the US Food and Drug Administration (FDA) visited the G&S facility about two months ago, no details about the inspection were released. In the interim, the Orthopedic Surgical Manufacture's Association (OSMA) is working with affected device makers to address the problem. "It's not an easy issue," OSMA's Tom Craig told GMP.

Not easy because the defective titanium from China actually met international standards set out for titanium by ASTM, a standards organization. Second, nothing short of a destructive test could possibly identify the defect—although such a test would serve to weaken the titanium. Destructive tests are not required by the ASTM under current regulations.

More DEFECTIVE PRODUCT News
What's more, says Craig, the defect could be so localized that only a small piece of one device could actually be defective.

What does that mean for a patient concerned over a defective product and personal injury? Hard to say. OSMA indicated it did not know of any defective products migrating out to patients as a result of the problem. Craig also said that a few companies have initiated pre-emptive recalls, although he did not identify the manufacturers or what those products were.

G&S tested the titanium in question, which demonstrated adequate strength and chemistry specifications. "The certification we got from the supplier said this should never happen," G&S' Geiser said. But it did—and the defect occurred further down the supply chain than what the FDA generally inspects, said Craig. "This caught everybody off-guard."

If you have suffered losses in this case, please send your complaint to a lawyer who will review your possible [Injury Lawsuit] at no cost or obligation.
Request Legal Help Now

Ive had several back surgeries due to the rods breaking and would like to know if anyone can be held accountable for this happening!

Posted by
JAMES Williams
on December 15, 2016
Yes I done had two surgery and the rod broke inside my ankle now wondering if anything could be done in a legal matter I was told I could but don't know
Posted by
Julia Harbeck
on July 14, 2016
I broke my wrist about 5 years ago, a couple months ago my extensor tendon ruptured. The screw head had broken off when the doctor put it in, it was titanium, and the screw worked its way through my bone and severed the tendon. I had the plate and screws removed and was told it happened during the surgery because they didn't find the head of the screw. I was off work for 10 weeks. I didn't titanium was suppose to break and now I am nervous since I have plates in my neck and my lower back.
Posted by
Marie
on April 14, 2016
I had surgery in 2011 and have been in pain ever since my surgery. I had 2 titanium rods put in for a L2 & L4 fractures from a car accident. After 1 year I heard a loud explosion in my back & had numerous X-Rays before I found out I had a broken rod, & a T12 fracture. 1 year later I was told I now had another rod broken bilaterally @ L2 & L4 level. I can't stand up straight & am humped over. I was told I now have a scioliosis. I was also just admitted to a hospital because I have been in severe pain which the pain meds weren't able to help & I have also been falling over on people when I leave my house. They told me when they did a cat scan that I now have 3 more fractures in my back. The Neurosurgeon would not help me because another surgeon had operated on me so I left the hospital. I feel like Humpty Dumpty who fell off the wall trying to find an expert doctor to put me back together again.
Posted by
bobbi
on December 2, 2015
4 yrs ago I fell. I was 62yrs and had never broken a bone. spiral fracture of upper tibia and fracture fibula. a titanium rod and screws was inserted. weight bearing was started at 8 weeks. the titanium broke above my ankle. the dr. said he could take it out and start over. I am now 66yrs and some days I can feel bones grinding together and barely do any weight bearing.
what are my options at this point ?
Posted by
robert ramsey
on November 25, 2015
About six years ago. I had two long titanium rods side by side (over one half spine) from tailbone to shoulder. After about a year one broke at about third vertebra from bottom. The pain is bad and meds have trashed my life (constant narcotic fog) after another couple years pain increased, walking became impaired, am now hunched backed. X-ray revealed second rod broken in exact same level. I am having a repair surgery in two weeks. Can anyone help me understand.
Posted by
robert cook
on March 5, 2015
i had back surgery when i was 15 i am 28 now it was sum 13 years ago in 2002 i had 2 metal rods and screws put in my back i have had constant pain for these past 13 years i have worked so many factory wants they find out about my back they say i am a liability risk. right now i have been able to work in this one factory for three years latley my back has gotten even more severe so i decided to go to a spine doc. witch intern found out the left rod is broken in 2 places and the right one is broken in one place they are also bent thease are titanium rods. i was wondering would thease rods be a result of this article.
Posted by
ben
on May 22, 2014
Titanium plate broke shortly after surgery in 06', I know the SOL is well past the time frame, but just last week my doctor informed me that it was the wrong plate install in the 1st place and did more damage, plate shifted and screws are starting to come loose, which he explained should not be happening, and the way the plate was installed prevented the non union fracture from healing, I'll know more once the CT scan results come in. ...
Posted by
Wesley Valdez
on September 27, 2013
as the person has stated above in the reader comments I have had a plate put in my leg and as soon as the doctor released me for work the plate broke that day and I had to have two put in and I will never be able to work again due to the fact that it shattered my leg and it will not heal properly. I feel that it is due to the defective plate that he had put in my leg in the beginning. it was a titanium plate. from my understanding.
Posted by
Mimi Robel
on December 12, 2011
Hello, I have had two surgeries redone because the titanium plate in my leg snapped twice. Could this be caused by what was in the article? Just wondering....
Mimi