Botox: Will Jekyll, or Hyde Come Calling on You?

Botox may have a Jekyll-and-Hyde personality depending on how it is used, but deep down at the end of the day, it's still the monster that claims botulism as its middle name—a product that has caused death and injury to scores of people.

Botox, after all is botulinum toxin, which lies at the basis of botulism. Once you have botulism, often caused from improperly canned food, you become paralyzed, muscles vital to your survival shut down, and you die. 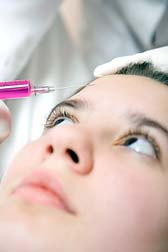 Botulinum toxin that is purified behaves in much the same way—but doctors found that in smaller doses the effect of the toxin on muscles could be controlled. For the most part that is true. Just witness the huge cosmetic industry that has grown from that discovery. By injecting Botox Cosmetic into the facial muscles inherent with wrinkles and lines, the muscles causing those wrinkles and lines are temporarily paralyzed, effectively erasing the dreaded crow's feet and furrows in the brow.

The concern however, is the realization that Botox can migrate away from the muscles it is meant to control. And that's the rub, isn't it? In a perfect world the Botox, injected either for cosmetic or therapeutic reasons, would stay exactly where you want it to stay, and paralyze only those muscles you want paralyzed.

However, although the theory might be perfect, the human body is an imperfect entity. And Botox that has been injected into site-specific areas has been known in rare instances to migrate away from the injection site and affect other areas of the body, sometimes fatally.

This rarely happens with Botox cosmetic, if at all. So far only one death has been linked to cosmetic use of Botox, and even then it is inconclusive if the death was even caused by Botox. Cosmeticians and plastic surgeons who enjoy a busy practice erasing laugh lines with Botox proclaim loudly that Botox is safe and effective, and that a dozen or so deaths against millions of injections provides a relatively good safety profile.

Critics, however, suggest that even one death, is one death too many. Worse, of the handful of deaths that have been linked to Botox, most if not all have been in children. That's because Botox is used therapeutically to improve the lives of children with limb spasticity that is often associated with cerebral palsy. Dosages of Botox for such conditions are much higher, than that which is used for cosmetic purposes.

Public Citizen, the US-based advocacy group, is currently on the 'Ban Botox bandwagon' as are other critics who suggest that the use of botulinum toxin in controlled injections needs to be re-assessed. Earlier this year the US Food and Drug Administration (FDA) issued an alert with regard to Botox and Myobloc, another botulinum toxin product. It should be noted that the FDA only gave Botox the nod for wrinkles between the eyebrows, even though Botox is routinely used all around the face. And while Botox is approved for various therapeutic uses, including for the treatment of excessive underarm sweating, it does not have FDA approval for use in children under 12.

Meanwhile there are those who have troubles with the cosmetic use of Botox as well, safe as some think it to be. While some Botox clients have complained about drooping eyelids or expressionless (albeit wrinkle-free) faces, others have reported ringing in the ears, fatigue, dizziness and even loose stools. Some have reported tightness around the head, double vision and anxiety attacks.

More BOTOX News
The talking head on the TV news show, a doctor that provides commentary, says a lot in a one-minute segment. Botox is botulism. Botox is safe given the millions of injections. Make sure you know who is giving you the injection, that it's a doctor or a Board-certified practitioner. Make sure you can vouch for the quality, and the source of the Botox, too.

Another talking head, on yet another TV news show extolling the virtues of cosmetic Botox, is obviously biased given the income he derives from it.

Is it safe? Or might you be the rare individual that suffers the consequences of Botox migration away from the injection site, perhaps with fatal results? If it gets to your esophagus, suddenly you have trouble swallowing. If it gets to your lungs…

In the end, it depends if Dr. Jekyll, or Mr. Hyde comes calling for you. And you just don't know whose on the other side of the door, until you open it.

If you have suffered losses in this case, please send your complaint to a lawyer who will review your possible [Botox Lawsuit] at no cost or obligation.
Request Legal Help Now