Both Botox and the drug Myobloc have been linked with 16 deaths, in which four were children. There has also been 180 cases of adverse effects linked to the toxin which have occurred after the drug seeped into neighboring and very vital organs, according to the health advocacy group that calls itself Public Citizen.

Botox is a Neurotoxin that relaxes muscles and Public Citizen feels it should come with a stronger warning label. The group also feels that a letter should be given to patients that inform them of the risk associated with using Botox. On Thursday, the group filed a Petition with the Food and Drug Administration that asks that these things should be used to inform consumers and to keep them safe. 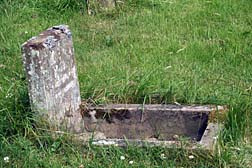 The manufacturers of Botox and Myobloc as well as other entities have submitted 658 cases to the FDA that shows there are problems with Botox and Myobloc. The side effects that are being experienced are difficulty swallowing, muscle weakness, and aspiration pneumonia. Sometimes the pneumonia can lead to death and since Botox has a possible link to aspiration pneumonia that has a high death rate, that possibly increases Botox's chance of causing death.

The maker of Botox, Allergan, issued a statement telling the public that the adverse reactions were not at all common because there are patients who receive the drug that are already seriously ill. They have further stated that Botox was not the reason for these people to become seriously ill, but that they were already sick with an illness mirroring the adverse effects that many claim is the result of Botox. However, Public Citizen is not seeking a recall, they are simply asking for a stronger warning.

Botox is used in cosmetic offices all over the world to reduce wrinkles. It is also used in spas and has been used in people with serious conditions such as Cerebral Palsy, especially in children. The health benefits are quite obvious because it can be the difference between a child with cerebral palsy being able to walk and not being able to walk. However, there have been issues regarding the dosages for both cosmetic and health use. In cosmetic use, it has been shown that the Botox is diluted, which research has stated the diluted form of Botox can still be harmful. For medical use, it has been shown that the dosages are too large and that is what is causing the other adverse reactions such as paralysis.

More News
Another interesting fact is regarding how and who administers Botox. When someone walks into an office or even a spa to get a Botox treatment, the fact is that it is usually a nurse administering the drug around the eyes and between the eyebrows and not a doctor. Sometimes the doctor isn't even present or even on the grounds. So far there has only been one death linked with cosmetic usage. The dosage is also much lower than those receiving Botox for treatment of cerebral palsy and cervical dystonia, which is knotting of the neck muscles that is very painful. This means the cosmetic risk is rather low, but the treatment of health problems is not, according to Public Citizen and a series of studies that have been conducted.

However, it never hurts for consumers to become aware of the risks associated with a drug, which is why Public Citizen is petitioning for better warnings and consumer education. They are not asking that Botox be taken off of the market due to its cosmetic and health benefits. They simply want the public to know what could possibly happen if they were to seek Botox treatment.