Botox Death: It CAN Happen

The recent reporting of potential deaths and severe adverse reactions linked to Botox has served as somewhat of a primer to the general population as to what Botox really is.

It is much more than the cosmetic version that's been around for a relatively short period of time. While Botox Cosmetic was brought to the market in 2002 and was approved for the eradication of certain frown lines between the eyebrows without the need for invasive plastic surgery, Botox has been around for much longer than that as a treatment for people suffering from muscle spasms. 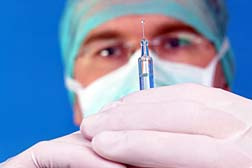 "In fact, of any deaths which have been linked to Botox, only one was thought to be related to the cosmetic form of the toxin—and Allergan, the makers of Botox, went on record earlier this year to dispute the claim that the death of a woman in 2004 was caused by Botox Cosmetic.

In fact, says the California-based manufacturer, "a medical review of this actual case demonstrates that the patient passed away in the winter of 2004 from complications associated with staphylococcus pneumonia, not from a Botox cosmetic treatment the patient received seven weeks earlier."

Nonetheless, there have been deaths associated with other uses of Botox, used to treat issues involving muscles of the neck and eye. Botox has also proven useful in treating limb spacicity associated with cerebral palsy patients, although this use is not an approved use by the US Food and Drug Administration.

While Botox has been found to bring relief to limb spacicity patients, there have been deaths reported.Concerns over Botox have been heightened with the release of a petition by the advocacy group Public Citizen, which urged the FDA earlier this year to warn doctors about the perils of botulinum toxins, and that deaths and hospitalizations have occurred in the US.

The petition stemmed from an in-depth analysis of hundreds of mild-to severe reactions in the US and Europe, since the 1990s.The resulting media attention is providing an un- informed population much-needed information as to just what Botox is, and what the risks are.

Botox is diluted botulinum toxin—the same toxin that, in stronger form, causes botulism. It is also, according to a 2003 report penned by a reporter for the San Francisco Chronicle, a derivative of human blood.

In late June of 2003 reporter David Lazarus investigated a series of print ads that Allergan Inc. had been running in major newspapers across the country expounding on the virtues and the safety of Botox. He compared the large type information against the incredibly small type, which, he acknowledged, most people wouldn't, or couldn't read.

Lazarus noted that in the more-easily-read large type, Allergan described Botox as a natural purified protein, derived from bacteria in much the same way penicillin is derived from mold. However, in the fine print the manufacturer admits that botulinum toxin type A is a purified form of a deadly poison, which "contains albumin, a derivative of human blood."

The fine print essay goes on to suggest that effective donor screening and manufacturing processes ensures that there is only "an extremely remote" chance that Botox users would be at the receiving end of blood-borne viral disease.

The fine print continued: "There have been rare spontaneous reports of death...after treatment with botulinum toxin." There is a reference to "rare reports of adverse events involving the cardiovascular system...some with fatal outcomes."

Botox users with certain neuromuscular disorders could also have trouble swallowing (dysphagia) and face a possibility of "respiratory compromise." In some cases, "dysphagia has lasted several months and required placement of a gastric feeding tube."

The ad, which dates back to 2003, came out several years after Botox was introduced for therapeutic use, and a year after Botox Cosmetic was approved for the treatment of moderate to severe glabellar lines—the vertical lines that form between the eyebrows.

Botox was never approved cosmetically for frown lines above the eyebrows. Or crow's feet, or laugh lines. However, as often happens in the world of medical practice, a doctor will often prescribe a medication for uses other than that for which it was approved. While a manufacturer does not have the legal right to market a product for an un-approved use, a doctor has the ability to make that call.

Thus, given the demand for Botox and given a doctor's professional discretion, it's of little surprise that patients are receiving Botox injections all over their face. Recent concern centers on the recent realization that the botulinum toxin has the capacity, in some cases, to migrate away from the injection point—and this can be a problem because of what Botox does, and how it works.

Earlier, we had mentioned that Botox is derived from a toxin. The muscle into which the substance is injected finds the toxin to be, indeed, toxic and stops functioning. In other words, the toxin freezes the muscle for a period of about four months. This is how patients with debilitating muscle spasms find their relief, and how cosmetic patients find their fountain of youth, when the muscle causing the frown line into which the Botox is injected, is immobilized.

More News
However, what if the toxin migrates to other areas of the body, affecting vital functions such as breathing and swallowing?

And as much as Botox has been embraced, and especially by the cosmetic community, the risk remains—risk that was articulated as far back as five years ago, when reporter Lazarus asked a spokesperson for Allergan point-blank, if Botox could kill you?

The woman paused. "Generally speaking, I'd say no. But there have been rare instances where Botox may have played a role."

If you have been injured, or suffered a severe adverse reaction from a Botox treatment, cosmetic or otherwise for an approved, or unapproved purpose—especially if you were not cognizant of the risks, you may wish to contact legal counsel.