Experts say Botox may Spread to the Brain

A new study has been conducted that says Botox may move from the face to the brain. The study that was published in the Journal of Neuroscience says that researchers injected Botox into the whisker muscles of rats. After the injection, the researchers then found that within three days there were remnants of a protein that is broken down by Botox in an area of the brainstem. 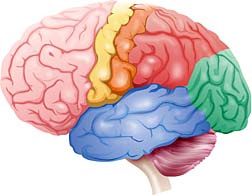 The study found that when Botox was injected, there was a disruption of cell activity in areas that were distant but connected to each other. The author of the study, Matteo Caleo, said the finding is a concern and said that the effects that Botox had on the hippocampus was still present six months after the injection. However, he does state that more work is needed to gain a better understanding of how the drug spreads along the nerves and how to perhaps prevent the spread from happening.

Dr. Christopher Von Bartheld of the University of Nevada School of Medicine said that it was thought that Botox only acted locally, but the new research shows how it can travel along axoms to areas along the central nervous system that are considered distant from the injection site. As a result, it can have a long-lasting effect on neuronal function.

Two weeks before this February 2008 warning, the FDA was petitioned by the nonprofit organization Public Citizen to strengthen their warnings on the drugs because of a reported 16 deaths and 180 others dealing with such issues as fluid in their lungs, pneumonia, and difficulty swallowing.

The FDA is currently looking into reports of illnesses as a result of Botox and Myobloc use. One of these investigations includes a woman who was hospitalized after receiving treatment for forehead wrinkles.

As for the new study, it is suggested that the dosage and the concentration of the drug are key factors as to whether or not Botox spreads to the brain.