Zyprexa: The Manipulation, and the Money

As concern escalates over atypical antipsychotic drug Zyprexa, its complex assortment of serious side effects and the drug's association with patients who shouldn't be on it in the first place, a small window of enlightenment appears in the unlikeliest of places--You Tube.

Amongst the amateur guitar pickers doing covers of Bruce Springsteen songs and videos depicting the antics of cats, are a few talking heads about the pharmaceutical industry. And while the presenters are pleasant, their message isn't pretty.

He doesn't give his name, but the young man in glasses identifies himself as a former employee of Eli Lilly, who worked as a drug rep in their neuro science team from 1998 to 2000, selling Zyprexa.

He speaks to the accusation that Lilly had suppressed information on Zyprexa side effects, and reveals that he has knowledge of that first-hand, based on grievances articulated by psychiatrists and others in the medical community. 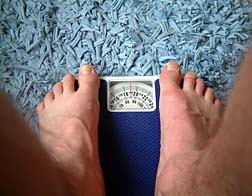 He speaks of one side effect in particular—excessive weight gain, "and perhaps linked to this, associated diabetes through prolonged use of Zyprexa."

When his clients continued to express concerns, "we were instructed...to downplay those side-effects and just focus on the efficacy of the drug." It was also suggested by his superiors at Eli Lilly to advise his clients to, in turn, advise their patients to drink a glass of water when taking the pill, as well as before and during every meal. This strategy was intended to cause the patient to feel full.

"It's almost ridiculous in hindsight."

He regards the studies as "fantastic." But how you frame that information makes all the difference.

"The impression I get from working at Lilly is that decisions like these are simply a cost-benefit analysis. Somewhere up there, someone says 'you know what, this diabetes thing, this weight gain--sure it exists, but if we start talking about it now, we're going to lose 'X' millions of dollars, whereas if we let it slide, it might never really be noticed, or we might get in trouble for it but it might cost us 'Y' millions of dollars, and to say it now would be financially more costly than to deal with the legal repercussions five years later.'"

Gwen Olsen is a former employee of the pharmaceutical industry who wrote a book in 2005 called 'Confessions of an Rx Drug Pusher.' Working as a detail rep primarily as a specialist calling on psychiatry, cardiology, neurology, endocrinology, and OBGYN for some 15 years, Olsen made the difficult decision to leave a lucrative industry and focus instead on exposing just what goes on in the world of big pharma.

"I felt that after 15 years I had a moral obligation to come out and tell people what I had experienced, what I had seen, and what I had participated in, in the industry because there were a number of things that I had identified and recognized as being dangerous to the American people at large, and one of those things was the consistent minimization of side-effects that drug reps were taught to do.

"We were more responsible for marketing information being given to the doctors, than actual good medical information. We were given the exact verbiage, and the tag lines that went along with the marketing department's plan."

Olsen also talks, in what must have been a painful testimonial, about her own personal experience with antipsychotic drugs, having been prescribed a single antipsychotic by her doctor during a time of personal trauma in her own life, including a divorce. Her extreme reaction to the drug caused her to immediately ask to be taken off it, but her doctor thought a heavier dose would be in order. She tried that, and still lobbied to be taken off. Her doctor's response was to then prescribe another antipsychotic, which only served to exacerbate her symptoms. In the end, Olsen had to fight off hospitalization and rid her own system of the toxicity of a prescribed cocktail of 14 different antipsychotics, in an effort to escape, in her words, what the drug companies ultimately want: a society dependant on drug therapy for social normalcy.

Today, Olsen is poised and professional, stickhandling interviews with major media with relative ease. And her message is troubling. Her message is that it's all in the money—hence the manufacturers preference to play down side-effects, gloss over concerns, roll the dice and take a chance with the health and well-being of the consumer in an effort to protect sales, and pay the piper later.

More News
Marketing off-label is another strategy. How else could a drug like Zyprexa, which was never approved for children and therefore not studied in that context, wind up in the system of a two- year-old child?

Olsen told Byron Pitts of CBS News in an interview that during her time as a court-appointed special advocate for the foster care system, she saw many small children on "major anti-psychotic drugs such as Zyprexa..."

Olsen also speaks of disheartening comments overheard in the corridors of big pharma relating to "our friends...our people in the FDA."

A host of lawsuits and investigations are underway at the behest of private citizens and government agencies, including various Medicaid plans, concerning Zyprexa use—among the concerns are off-label marketing, and the role played by Eli Lilly and its representatives in glossing over side-effects, and mitigating the serious risks, to the ultimate detriment of the health of Americans.