Eli Lilly may have breathed a sigh of relief when it settled 900 Zyprexa last month, but that feeling probably will not last long. More states appear likely to file lawsuits against Eli Lilly, alleging that the company marketed Zyprexa for off-label uses. Furthermore, lawsuits are now being filed internationally, claiming that Eli Lilly failed to include warnings about serious complications, including diabetes, in Zyprexa's labeling. 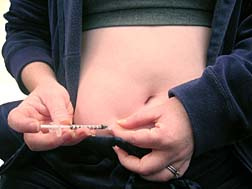 In June, Eli Lilly and Co., maker of Zyprexa, settled 900 claims that had been filed against it. Included in those 900 claims were four lawsuits that were set to go to trial in July. Eli Lilly had already spent over one billion dollars settling 26,000 claims regarding Zyprexa before the settlement of the additional 900 claims was reached. Lawsuits against Eli Lilly claim the company failed to adequately warn patients about the risk of high blood-sugar levels and diabetes for patients who took Zyprexa. Earlier this year, Eli Lilly settled 18,000 claims, also regarding Zyprexa. According to an article at MarketWatch.com, Eli Lilly settled around 10,500 Zyprexa claims in 2005.

The company still faces 750 claims plus lawsuits from eight states, including Alaska, Utah, Mississippi, and West Virginia. The states seek to recover Medicaid money that was spent treating patients who took Zyprexa. They claim that Eli Lilly artificially inflated the price of Zyprexa, forcing the states to pay higher claims for Medicare and Medicaid programs.

More News
Meanwhile, the eight states that have filed a lawsuit against Eli Lilly may not be the only ones involved in civil action against the drug maker. Philip Dawdy at [FuriousSeasons.com] noted that he spoke with the Oregon State Attorney General's Office to find out if it would be taking action against Eli Lilly. A spokesperson told Dawdy that the office had an open investigation regarding Zyprexa.

Furthermore, Dawdy noted that he received the following information from the office: "We are part of the leadership states (Executive Committee) for a multi-state case concerning Eli Lilly and Zyprexa. We opened it January 4, 2007." Dawdy notes that a multi-state case is essentially a class action lawsuit filed by state attorneys general.

To be continued: Zyprexa Lawsuit and an Interview with Zyprexa Claima