In 2000, James Jupin's psychiatrist prescribed Zyprexa to control his paranoid schizophrenia. About one year later, 37-year-old Jupin began to show signs of diabetes and hyperglycemia. "He was pretty active and had an average diet," says Gloria, his wife. "And there was no diabetes on either side of his family so this was a real shock."

"James was getting blood work on a regular basis for his schizophrenia and his doctor warned us of possible diabetes; he had high blood pressure on occasion and hyperglycemia. Next, his eyesight deteriorated; James had to get his prescription renewed annually and there was a drastic change in them." 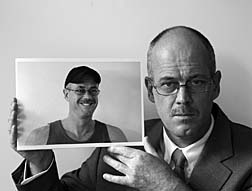 In 2004 James was diagnosed with diabetes. Now he is supposed to take four different diabetes meds daily. Supposed to because James is a paranoid schizophrenic: In 2003 he heard about a class action lawsuit against Zyprexa and that people on this drug could develop diabetes. Naturally, being a paranoid schizophrenic, he stopped taking it. But the damage was already done. " James had already taken Zyprexa for at least three years," says Gloria.

"Now he is afraid of taking his diabetes drugs because of the effect that Zyprexa had -James is certain it caused diabetes. But if he doesn't take these meds, the doctor said he won't be the same person by the end of the year—he will have a stroke or something serious will happen. That is what the doctor told him two months ago. It is a daily struggle to make sure he takes his meds. Before he took Zyprexa, James was fine.

More News
In 2003, Marvin Small (not his real name) was diagnosed with clinical depression and prescribed Zyprexa. "I stopped taking it several months later because I had a blood test and my doctor said I had diabetes," says Small. "Although it was a mild case, I had no prior symptoms except a little numbness in my toes and nobody on either side of my family had diabetes—it just came out of nowhere.

"I didn't know if this drug caused by Zyprexa until I talked to my son. He heard that Zyprexa had been linked to diabetes and that between five and 10 percent of people taking this drug develop diabetes. I'm not a doctor but this seems like a high percentage and I am worried.

Now I have to take medication for diabetes and watch my diet. I get tired easily. When I started taking Zyprexa, diabetes wasn't listed as a side effect but now the drug maker has added this to their labeling - I am angry.