Since August 2006, as part of an on-going, multistate investigative effort by approximately 30 states, Eli Lilly has received civil investigative demands or subpoenas seeking a broad range of documents relating to the company's marketing and promotion of the antipsychotic drug
Zyprexa, and more states are expected to join the effort.

In addition, a total of ten states are now suing Lilly for Medicaid fraud to recover the cost of Zyprexa purchases for persons covered by the program, along with the past and future costs of treating Zyprexa-related illnesses. Alaska, Arkansas, Louisiana, Mississippi, Montana, New Mexico, Pennsylvania, Utah and West Virginia have filed cases thus far.

Zyprexa belongs to a new generation of antipsychotic drugs known as "atypicals" which arrived on the US market in 1994, beginning with Risperdal, marketed by Johnson and Johnson subsidiary Janssen. Other drugs in this class include Seroquel, sold by AstraZeneca; Geodon, by Pfizer; Abilify, from Bristol-Myers Squibb and Clozaril, marketed by Novartis. 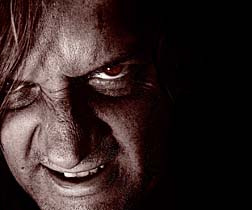 For the first four years that Zyprexa was on the market in the US, it was only approved to treat adults with schizophrenia, and it was not until 2000 that the FDA approved the drug for adults in the manic phase of bipolar disorder.

However, in a matter of a few short years, Lilly turned Zyprexa into its best-selling product, despite the drug's extremely limited approved uses, by influencing doctors to prescribe the drug off-label.

In addition to prescribing a drug for unapproved uses, off-label can mean treating an approved condition for a longer duration of time, or prescribing a drug in combination with other drugs, or at a different dosage, or to a different patient population such children or the elderly, other than those specified on the FDA-approved label.

According to Lilly's SEC filings, the Office of the US Attorney for the Eastern District of Pennsylvania has also advised Lilly that it has commenced a civil investigation related to the company's marketing and promotion of Zyprexa, and a "number of State Medicaid Fraud Control Units are coordinating with the EDPA in its investigation of any Medicaid-related claims relating to Lilly's marketing and promotion of Zyprexa."

Lilly's SEC filings also report that the company has received requests for information related to the company's marketing and promotion of Zyprexa from the offices of Representative Henry Waxman, Chairman of the House Committee on Oversight and Government Reform, and Senator Charles Grassley, the ranking Republican on the Senate Finance Committee.

The Mississippi lawsuit alleges that about 10% of Zyprexa patients have developed diabetes, some of whom are children, even though Zyprexa "has never been approved for, nor found to be effective, in the treatment of children."

An estimated 1,500 Utah Medicaid patients who took Zyprexa have developed diabetes, according to the lawsuit filed on May 29, 2007, by state attorney general David Stallard.

Utah is seeking damages including $5,000-$10,000 for each prescription that was "not medically necessary."

Lilly recently attempted to get the Utah case dismissed, in part by arguing that the allegations of off-label promotion and failure to warn were preempted by FDA regulations under a new rule put in place by the Bush Administration, largely viewed as a gift to the pharmaceutical industry.

In 2006, the FDA published a preamble to new prescription drug labeling rules in which it asserted that its approval of the labeling would prevent the filing of lawsuits in state courts premised on a theory that a drug company should have provided additional warnings on a drug's label.

However, the Utah court ruled against Lilly on this issue and stated, in part: "In fields traditionally occupied by the states, such as health and safety regulation, there is a strong presumption against federal preemption," and Lilly "has not overcome this strong presumption."

Pennsylvania alleges that the state spent millions of dollars "for non-medically accepted indications and non-medically necessary uses of Zyprexa," as well as "significant sums of money for the care and treatment" of patients injured by the drug.

Montana's complaint charges that, "Lilly management participated, encouraged and authorized the unlawful payment of illegal kickbacks to physicians in order to continue generating sales of Zyprexa."

The Montana lawsuit is asking for reimbursement on behalf of all citizens who purchased Zyprexa, and not only patients covered by public health care programs, because under the law in that state, the attorney general can request treble damages and attorneys' fees on behalf of all consumers.

There are also several RICO class actions filed against Lilly on behalf of union insurance plans, pension funds, and other private health insurers, which accuse Lilly of violating racketeering laws and allege the drug maker engaged in illegal marketing schemes to promote the sale of Zyprexa for off-label uses and seek to recover the cost of purchasing the drug, as well as treble damages, punitive damages and attorneys' fees.

On June 28, 2007, Lilly lost a motion for a summary judgment dismissal of the RICO claims, based on the preemption argument, when District Court Judge Jack Weinstein for the Eastern District of New York ruled against the company, In re Zyprexa Products Liability Litigation, 2007 WL 1851161.

In a written ruling rejecting Lilly's argument that state law failure-to-warn claims are preempted, Judge Weinstein wrote that "the regulation of public health is an area traditionally occupied by the states, supporting a presumption against preemption."

"Under the present organization of the pharmaceutical industry, the official federal Food and Drug Administration (FDA), and the plaintiffs' bar," he stated, "the courts are arguably in the strongest position to effectively enforce appropriate standards protecting the public from fraudulent merchandising of drugs."

The Judge also noted that Congress had not stated an intent to preempt these claims. "The FDA cannot be allowed to usher in such a sweeping change in substantive law through the back door," he wrote.

The Medicaid fraud lawsuits allege that many children have been turned into customers for the off-label prescribing of Zyprexa. A recent October 7, 2007, report from the Florida Agency for Health Care Administration entitled, "The Use of Antipsychotic Medications with Children," found that pediatric use of antipsychotics increased in the late 1990's and early 2000's, largely due to the arrival of the atypicals on the market.

The study also reported that antipsychotic use in the Medicaid populations was three to four times higher than commercial populations in the late 1990's, and in one program in the Midwest, the rate of prescriptions grew 304% between 1996 and 2001.

The authors said the analysis showed that the drugs are being used to treat a broad spectrum of disorders, and some of the disorders, such as attention deficit hyperactivity disorder and major depression, "clearly do not call for antipsychotic treatment."

More News
In the 0 to 5 age group, the study found that more than 53% of the drugs were prescribed for ADHD, even though antipsychotic use with children under 6 "should be considered only in very rare circumstances."

A report in the May 10, 2007, New York Times revealed some of the known adverse events that occurred in children who were prescribed antipychotics in 2006 alone. The FDA received reports of 29 children dying, and at least 165 other serious side effects in children, where an antipsychotic was listed as the primary suspect, according to the Times.

The FDA acknowledges that its reporting system only picks up between one and ten percent of the adverse events that take place, which means the number of deaths and injuries above must be multiplied many times over to obtain an accurate estimation of how many children have been harmed by the drugs.