Zyprexa: In the Drug Business, the Gain is Worth the Risk

Eli Lilly knew that there were problems with Zyprexa from the very beginning. But even amidst a flurry of personal injury lawsuits, and the revelation of risk factors for diabetes and other metabolic complications, Zyprexa has grown to become a huge profit center for its manufacturer.

And while one hand warns of dire side effects, the other beats the bushes for new markets and even bigger profits.

Such is life, and allegiance in the prescription drug sector.

When Eli Lilly was conducting clinical trials regarding its candidate for the new breed of atypical antipyschotic drugs in 1995, it found that elevated blood sugar levels and weight gain seemed to be a common thread amongst the trial participants. Nonetheless, the US Food and Drug Administration (FDA) gave Zyprexa its blessing and the drug--used to treat bipolar disorders and symptoms of schizophrenia--was on the market a year later. 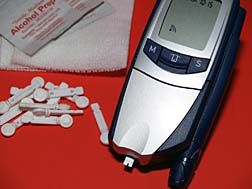 Since that time, use of Zyprexa and its competitors in the huge and emerging atypical antipsychotic class, has mushroomed to represent a $13 billion-a-year sales juggernaut.

For Zyprexa, this growth has come amidst some setbacks, not the least of which was the outcome of a lawsuit that found Eli Lilly negligent by attempting to stifle the adverse affects of Zyprexa, and heavily promoting it as a safe product, prior to 2003.

A year later, Eli Lilly was writing to doctors, admitting that "...hyperglycaemia, in some cases extreme and associated with ketoacidosis or hyperosmolar coma or death, has been reported in patients treated with atypical antipsychotics including Zyprexa."

In a telling example of just how long this suspicion had been around prior to Eli Lilly communicating with the medical community, the November 28, 2001 issue of the Journal of the American Medical Association published a warning that patients taking Zyprexa were 10 times more likely to develop diabetes than the general population.

Doctors started backing away from prescribing Zyprexa in 2004, and sales fell.

Then there are the lawsuits.

In Australia a class action lawsuit was launched on behalf of a Zyprexa victim who developed pancreatitis after starting Zyprexa therapy. In Aussie-land alone, there have been 40 deaths and 1,231 adverse incident reports.

In the United States, Eli Lilly has spent over a billion dollars since 2004 settling lawsuits filed on behalf of 28,500 individuals--with another 1,200 still pending. These are actions on behalf of Zyprexa patients who claim they have developed diabetes or heart problems, as the result of taking the drug.

Do the math. Is the litigation cost worth the potential for such revenue? You be the judge.

And the same people, who were warning doctors three years ago about the potential for extreme hyperglycaemia that could lead to coma or even death, are now lobbying the FDA to allow them to prescribe the stuff to adolescents.

More News
What's more, the dip in sales experienced since 2004 has been augmented by price increases that negate any drop in revenue. When the sales curve dipped, Eli Lilly just upped the cost.

Now, a product that is still marketed as safe and effective even though it comes with a label that warns of even more dire side effects, costs about $8,000 for a year's supply.

The irony here is the schizophrenic behaviour exhibited by the drug company itself: marketing Zyprexa as safe and effective to one extreme, and mitigating its hazards to the other.

Users of Zyprexa should note that abruptly stopping or even minimizing use of the drug may be ill advised, and that consultation with your doctor is an absolute prerequisite before any decision is made and action adopted. As with all prescribed medications, it is always best to weigh the benefits against the risks, with the help of a qualified professional.