It's a sad fact of society today that drug companies like Eli Lilly and Co., maker of [Zyprexa], choose to hide behind the very patients they claim to help when they defend their drugs. Zyprexa, a schizophrenia medication, has been linked to an increased risk of suicide. In defending itself, Lilly claims that people with schizophrenia are already at an increased risk of suicide, so the link between Zyprexa and suicide is false.

Anyone who has had a family member take medications that change their personality will tell you that the difference can be enormous. A person who was once full of energy and had a spark in her eyes can lose both very quickly after taking medication. The same is true of schizophrenic patients and bipolar patients. Simply having schizophrenia or bipolar disorder does not mean that these people are necessarily suicidal. Many still have a zest for life and a desire to live. Unfortunately, some who take Zyprexa may wind up losing that. 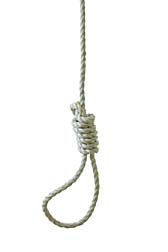 Tessa Roberts (not her real name) knows this from experience. Her brother, Allen (not his real name), was diagnosed with bipolar disorder when he was 16 years old. On September 23, 2007, at age 54, Allen committed suicide. He had been taking Zyprexa for around three-and-a-half years and previously tried to commit suicide on two occasions.

Roberts admits that her brother could be emotionally difficult to get along with, but says that they were close, especially during the times between his depressive and manic episodes. "He was a person that I loved very deeply," Roberts says. "I had a good relationship with him."

Prior to taking Zyprexa, Allen was treated with lithium. However, he did not like the side effects of the lithium and so eventually changed to Zyprexa. Within a year of being on Zyprexa, Allen cut his wrists in an attempt to commit suicide. He was hospitalized and survived the attempt.

The next attempt came several months later, during a bus trip from New York to Missouri. Allen got off the bus early in Indianapolis and stepped in front of a pickup truck driving 55 miles per hour. Allen survived, but suffered spinal injuries and severe brain trauma. "I had to go in the other room and cry when I first saw him," Roberts says. "There was so little of what I knew of him left."

Roberts says that she saw a change in her brother after he began taking Zyprexa. "After Zyprexa there was a flatness, a decline in him, he seriously did not want to live," she says. "He was really in a state of despair about his life. He had a sense of hopelessness." She researched Zyprexa online and learned about the diabetes risk associated with the drug. Allen had also been diagnosed with diabetes after taking Zyprexa.

"He had no fight left in him," Roberts says. "He felt that he had to continue taking Zyprexa in order to get the help he needed." By this point, Allen had a caseworker helping him get groceries and carry out some activities while he lived in a low-income apartment. He was afraid that assistance would be taken away if he stopped taking his medication.

More News
During his last three months, Allen called his sister and their brother three times a week. He regularly told them he was glad their lives were good and he loved them. Roberts says that in retrospect she realizes that Allen was saying good-bye.

Too often it is easy to dismiss people with mental illness as being suicidal or not wanting to live. That simply is not the case. Many family members will tell you that their loved ones still have a desire to live, still have life in their eyes and still have energy. To simply assume that because someone has mental illness they were destined to commit suicide is wrong and it diminishes the life that they lead. Unfortunately, this is exactly what Lilly is doing when it blames the patient for suicide attempts rather than accepting responsibility for the harm its drug can do.

If you or someone you love is taking Zyprexa and have expressed a desire to commit suicide please seek professional medical attention immediately.