Patients who take Zyprexa are often dealing with serious health issues such as schizophrenia, bipolar disorder, and anxiety. They expect that when they take Zyprexa they will feel better and notice an improvement in their health. They do not expect that taking Zyprexa could result in them attempting to commit suicide or developing akathisia, which has been linked to violence and suicide. However, this is exactly what is happening to some people who take Zyprexa. 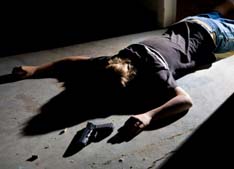 A 2007 study conducted by the Institute for Safe Medication Practices and the Division of Public Health Sciences, Wake Forest University School of Medicine found that Zyprexa has one of the highest number of suspect drug deaths, coming in thirteenth on the list of deadly drugs. Furthermore, over the eight years of the study, Zyprexa was linked to 1,005 deaths and 4,110 adverse events. The information was taken from the FDA's Adverse Event Reporting System and was published in the September 10, 2007 issue of Archives of Internal Medicine.

Zyprexa is an atypical antipsychotic, approved to treat schizophrenia and bipolar disorder. Literature about Zyprexa for medical professionals notes that suicide attempts are "inherent to schizophrenia and bipolar disorder." However, as an article [by Evelyn Pringle] notes, "Persons on atypicals have been found to commit suicide two to five times more frequently than the schizophrenic population in general." She further cites author Bob Whitaker, who says that the death rate among people with schizophrenia has doubled since atypical antipsychotics were approved for use.

According to an article found online at thestreetspirit.com, during a six-week clinical trial sponsored by Eli Lilly, maker of Zyprexa, 20 people died, including 12 people who committed suicide.

Despite the mounting evidence that Zyprexa is no safer than conventional antipsychotics, and may in fact be far more harmful, Zyprexa remains on the market. Furthermore, it has been pushed for off-label uses that it was never approved to treat. Even though evidence continues to mount that Zyprexa is a dangerous drug, Lilly continues to make money off of it and people continue to be harmed by it.

Posted by
Kate
on January 30, 2018
Zyprexa has ruined my life. It's been 2 months since I've been off the drug but the insomnia, panic attacks, and anxiety which I never had before have been haunting me to the point that I am no longer productive or can handly my daily tasks.

If anyone is taking Zyprexa now, please do not give up hope. I have read that the withdrawals are severe like mine but have read a few success stories in coming off. I am hopeful that I will be a success story and not a victim of this horrible drug that has ruined many. If you're curious to see how this drug has ruined countless lives just google zyprexa withdrawal.

There is plenty of evidence out there that shows that this drug should not be on the market!

Posted by
Jean-Christophe
on January 4, 2016
Anxiety disorders are not ''serious'' disorders, it's all about a psychological approach that will ward the problem off, while Bipolar Disorders and Schizophrenia are (as for the actual moment) life-lasting.

Yet, these anti-psychotics are very useful when panic attacks come and show a drastic effect of relief.

Zyprexa is dangerous, yes, it's a known thing. BUT, i'm not sure there are existing harmless anti-psychotics out there. Benzodiapines are FAR MORE dangerous than Zyprexa and cause a withdrawal that can lead to suicide and stuff like that.

Someday maybe there will be harmless anti-psychotics but that is not today. We did a great step forward though, Zyprexa doesn't or minimally causes a withdrawal and have minimalistic side-effects compared to benzodiapines and friends. Yes, attempting suicide is a symptom, yet it's one for a LOT of anti-psychotics. I've taken Zyprexa for anxiety a few times, and I didn't attempt suicide. I once had suicidal thoughts but they were not related to Zyprexa, I was only hopeless about the condition.

So the question is, if Zyprexa is THAT dangerous, what anti-psychotic do you consider less dangerous?