A new study indicates that in addition to Zoloft birth defects, the antidepressant medication can lead to heart problems in middle-aged men, HealthDay News reports. 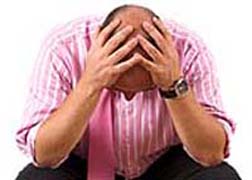 According to the news provider, men taking antidepressants such as Zoloft could ultimately be at risk for atherosclerosis, which can potentially increase the risk of heart attack or stroke.

More ZOLOFT POTENTIAL HEART PROBLEMS News
The study, conducted by researchers from Emory University, found that antidepressants were linked with an approximate increase of five percent in the thickness of the carotid artery, which brings blood to the brain.

However, some experts who weren't involved in the study cautioned that the research did not prove a definite relationship between the medications themselves and heart problems, according to the news source.

The research, scheduled to be presented at the American College of Cardiology's annual scientific session in New Orleans, examined data on 513 middle-aged male twins, 16 percent of whom were taking antidepressants.

In addition to this latest study, Zoloft has previously been linked to the birth defect persistent pulmonary hypertension of the newborn (PPHN).

Posted by
Steven N. Lang
on February 9, 2014
I am a 61 year old service-connected disabled Veteran rated 100% total & permanent by the Department of Veterans Affairs (VA), who has been taking Zoloft over the past decade. This medication was and continues to be prescribed for me and dispensed to me by the VA.

September 2010 I suffered a heart attack caused by 90% blockage in the right coronary artery (RCA.) The VA did a cardiac angioplasty and inserted a non-medicated stent in my RCA and prescribed Plavix for me in addition to the Aspirin, Lopressor, Pravastatin, and other medication I receive from the VA.

December 2010 I suffered another heart attack as a result of complete occlusion in my RCA most likely due in part to the non-medicated stent that was initially inserted.

I had another angioplasty at a non-VA hospital and they inserted a medicated stent inside the occluded non-medicated stent in my RCA, in addition to another medicated-stent adjacent to the first two stents as the arterial sclerosis had spread.

I continue to take Zoloft daily for life-long OCD and adult onset depression.

It is interesting to note that prior to Zoloft being prescribed to me from the VA, I had a cardiac catheterization and the results showed I had no arterial sclerosis in any of my arteries.