A group of parents have sued the pharmaceutical giant Pfizer over the alleged Zoloft heart birth defects that they say their children have been suffering from, according to the St. Clair Record. 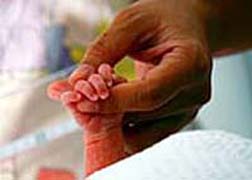 According to the nine-count complaint, the female patients were all prescribed Zoloft during their pregnancies, despite the alleged risks that were posed to their unborn children. The mothers have claimed that their babies were all born with major medical defects, including heart damage, as a result of the medication, according to the Record.

The parents cite multiple published medical studies that show antidepressants like Zoloft lead to almost twice the risk of unborn children developing heart defects. Based on this research, the parents said that Pfizer had to have known about the potential dangers posed by the drug, according to the news source.

More ZOLOFT HEART DEFECT News
The Record reported that the group of parents also allege that Zoloft was defectively designed and inadequately tested. These individuals have claimed that the antidepressant medication lacked the necessary warnings alerting the consumer to possible birth defects associated with its use during pregnancy.

According to the news source, the parents have accused the drug manufacturer of negligence, fraud, misrepresentation and a breach of implied warranties. They have also alleged that the company violated Consumer Protection Laws. Due to these claimed grievances, the parents are asking for actual and compensatory damages, along with a disgorgement of profits, court costs and interest.

Zoloft, commonly known as Sertraline, currently carries a warning that notes patients should tell their doctor if they are pregnant, and that the medication may cause problems in newborns following delivery if it is taken during one of the later stages of a pregnancy, according to the National Library of Medicine.