A Zoloft lawsuit has been filed alleging an infant boy died from reported Zoloft side effects. The parents of the boy, who died shortly after he was born, allege he suffered Zoloft birth defects, which caused his death. 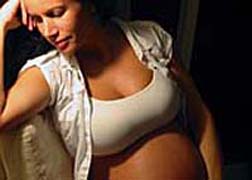 Susan and James Hodge reportedly filed the lawsuit, alleging Pfizer knew or should have known about the risks associated with the use of Zoloft while pregnant. Their son, Dillion, was reportedly born with a birth defect called anencephaly, in which the infant is missing significant parts of the brain and skull. Dillion died 18 hours after he was born on October 1, 2009.

According to the Zoloft lawsuit, Susan Hodge read the Zoloft prescribing information before taking the drug and because there appeared to be no inclusion or emphasis on birth defects, believed that the drug was safe for her to use while pregnant. The lawsuit alleges that Pfizer should have warned the public and the medical community about the link between the use of Zoloft while pregnant and the risk of congenital birth defects but failed to adequately do so.

Anencephaly is a neural tube birth defect that occurs when the neural tube does not properly close during the developmental stages, usually during the third or fourth week of pregnancy. This results in the infant lacking a forebrain and cerebrum. Most infants die within a few hours or days of birth, often blind, deaf and unable to feel pain.

More ZOLOFT HEART DEFECT News
Zoloft is in a class of antidepressants called Selective Serotonin Reuptake Inhibitors (SSRIs). In a 2007 study published in the New England Journal of Medicine, researchers found a link between use of SSRI medications while pregnant and a risk of anencephaly.

"We observed associations between SSRI use and the occurrence of anencephaly, craniosynostosis, and omphalocele, defects that had not been previously associated with maternal SSRI use in pregnancy," researchers wrote. Specifically, they found that sertraline (the generic form of Zoloft) was associated with an increased risk of anencephaly.

Women who are pregnant or planning on becoming pregnant and are currently taking an antidepressant should not discontinue medication without speaking to a medical professional. Although studies suggest risks associated with the use of SSRI antidepressants while pregnant, there are also risks to having untreated depression while pregnant.

Posted by
roxanne parkison
on December 13, 2011
My son has to have 3 open heart surgurys to to a defect in his heart. he may not live a full life.