A significant day is approaching for Zofran lawsuits, when the Judicial Panel on Multidistrict Litigation will meet to decide whether or not Zofran lawsuits qualify for consolidation. The manufacturer of Zofran, GlaxoSmithKline (GSK), has formally filed a motion to have all existing (and presumably, future) lawsuits transferred for pretrial proceedings to the US District Court for the Eastern District of Pennsylvania. 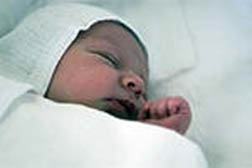 That decision could be made in a couple of weeks, when the Judicial Panel meets October 1 in New York.

Zofran (ondansetron) was originally approved by the US Food and Drug Administration (FDA) for the treatment of severe nausea in cancer patients recovering from chemotherapy - a process that unleashes severe nausea in patients post-treatment. Zofran was never approved for the reduction of morning sickness symptoms in pregnant women, although doctors have been prescribing Zofran to patients off-label as Zofran was found to be effective in treating serious nausea.

It has been alleged in Zofran lawsuits that GSK hid the potential for Zofran birth defects from doctors. An investigation by the Toronto Star in Canada in 2014 suggested that doctors were working in an information vacuum when prescribing Zofran to pregnant women.

GSK was also fined heavily in 2012 after a US government investigation found that GSK was promoting various pharmaceutical drugs in its portfolio to doctors for off-label purposes. While doctors have the ethical, legal and medical authority to prescribe drugs off-label, it is illegal for a manufacturer to promote a drug for such a purpose. Zofran was amongst the basket of drugs GSK was accused of promoting, although GSK - in paying fines totaling $1 Billion (USD) - was not required to admit to any wrongdoing.

More ZOFRAN BIRTH DEFECT News
GSK said in comments to the Toronto Star in 2014 that the safety and efficacy of Zofran for use by pregnant women was unknown and untested. About 20 Canadian women referenced in the Toronto Star report alleged Zofran birth defects suffered by their offspring following use of Zofran for nausea.

Birth defects allegedly attributed to Zofran include atrial septal defect, cleft palate and cleft lip, as well as other health problems including fetal growth restriction, low birth weight and jaundice, spontaneous abortion or stillbirth. Various plaintiffs allege they were not aware of the risk they were posing to their unborn children by taking Zofran for morning sickness. Meanwhile, what few studies have been done appear to yield conflicting results.

Should the MDL be approved by the Judicial Panel on October 1, it will be known as In RE: Zofran (Ondansetron) Products Liability Litigation, MDL No. 2657.

Posted by
richard whittington
on September 27, 2015
I was taking Abilify shot It caused harm to my brain.

Abilify shot they gave me caused pressure on my brain and it caused me very pain's suffering in my brain 30min to 1hour
I did tell my doctor about this and he made me take shot 3-4 mouth and I did not in need for this!