Study Suggests Zofran May Be Linked to Two Deaths

A new study suggests that Zofran side effects may be fatal for some children. The study examines two children who were given Zofran and later died. Meanwhile, concerns are still being raised about the possibility of a link between Zofran and birth defects. Lawsuits have been filed against the makers of Zofran, alleging children were harmed by the use of the anti-nausea medication. 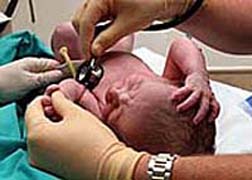 The pediatric study was published in Pediatric Emergency Care (1/26/15) and reports on two children who suffered heart problems after being given Zofran. The first case presented was of a previously healthy 10-year-old boy, who went to the ER with symptoms of gastroenteritis. He was given an IV, morphine, antibiotics and two doses of ondansetron (the generic name for Zofran). After he was given the medicine, the boy was found unresponsive, with signs of tachycardia (a faster than normal heart rate).

The second case presented was that of an 86-day-old infant who had previously unidentified congenital cardiomyopathy. The infant was admitted to the hospital with signs of gastroenteritis and was given ondansetron. As with the 10-year-old boy, the infant developed tachycardia.
“Resuscitation efforts failed in each case, and both patients expired,” the study’s authors note.

Ondansetron is a 5-HT3 receptor antagonist, used to prevent nausea and vomiting. It is approved to treat nausea and vomiting associated with chemotherapy but is often used off-label for nausea and vomiting linked to other causes. The drug carries a black box warning about the risk of QT prolongation, which in turn can lead to a Torsades de Pointes, a form of ventricular tachycardia.

Of concern to the study’s authors is the limited published knowledge about the use of ondansetron in children younger than two years. They note that their two reported deaths join two previous reports of death linked to ondansetron being prescribed for gastroenteritis. Furthermore, the authors note that patients with hidden risk factors could have heart problems made worse by ondansetron, putting them at risk of a fatal cardiac event.

More ZOFRAN BIRTH DEFECT News
In addition to Zofran being prescribed for gastroenteritis, it is sometimes prescribed off-label to treat morning sickness in pregnant women. Some critics have raised concerns that exposure to Zofran prior to birth could put infants at risk of birth defects. A 2014 report by the Toronto Star (6/25/14) noted that at least 20 women who were treated with ondansetron while pregnant suffered side effects potentially linked to ondansetron, including having babies born with heart defects and kidney problems. Meanwhile, a 2011 study published in Birth Defects Research Part A: Clinical and Molecular Teratology suggested use of ondansetron doubled an infant’s risk of being born with cleft palate, although researchers noted that the findings could be linked to chance and needed further investigation.

Studies have produced some conflicting results on that issue, however, with a 2013 study in The New England Journal of Medicine not finding an increased risk.

Posted by
Chris mankey
on January 31, 2017
Lawyers continue to be scum.