Is GlaxoSmithKline Talking from Both Sides of Its Mouth?

A complex and in some cases tragic portfolio of issues is emerging with regard to anti-nausea medication Zofran (ondansetron), a powerful drug manufactured by GlaxoSmithKline often prescribed to surgery and cancer patients following chemotherapy. However, a concern continues to roil quietly over another common source of nausea - morning sickness experienced in pregnancy - and whether or not Zofran is appropriate for the treatment of nausea in pregnant women. 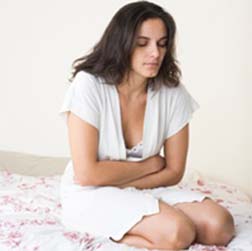 Extreme morning sickness coupled with severe nausea and vomiting can trigger serious dehydration, weight loss and other health-related issues that could prove dangerous for both mother and fetus. A drug such as Zofran, in theory, can do much to help curb the often severe nausea encountered by expectant mothers. But therein lies a Catch-22, in that ondansetron is not indicated for use in pregnant women and - according to Zofran manufacturer GlaxoSmithKline - “the safety of ondansetron for use in pregnancy has not been established,” according to a statement published in the Toronto Star (6/25/14) in Canada.

So why are doctors prescribing Zofran for conditions such as hyperemesis gravidarum, an extreme form of morning sickness?

Because they can, through a doctor’s moral, ethical, medical and legal right to prescribe drugs off-label, for indications not approved by health regulators, as they see fit.

The question remains, are doctors prescribing this medication with all the facts at their disposal? Are patients aware of the risks?

There has been conflicting information. In 2011, according to the Toronto Star, a study suggested that Zofran doubles the risk of cleft palate in newborns. This appears to be reflected in the Adverse Events Reporting System (AERS) database maintained by the US Food and Drug Administration (FDA), to which the Toronto Star turned for evidence of problems associated with Zofran when it could not source adverse event reports from Health Canada, the Canadian equivalent to the FDA.

Amongst the adverse event reports from 2012, was an opinion by a doctor that a mouth deformity in a newborn was related to the mother’s use of ondansetron (Zofran). The same child also suffered jaundice and was born with a heart murmur and two heart defects.

Another baby, whose mother was prescribed Zofran for morning sickness, was born with a “musculoskeletal anomaly.”

The Toronto Star noted that most women experience morning sickness and nausea during the first three months of pregnancy, a critical time in the development of the fetus and the window when most deformities are triggered.

Conflicting studies do not mitigate concern

Two years after the 2011 study was released, a Danish study published in the New England Journal of Medicine (2/28/13) found that there was no significant increased risk for spontaneous abortion, stillbirth or defect in mothers prescribed ondansetron. Danish doctors, however, cast a pall over the study’s findings the very day it was presented at a safety conference in Montreal, when they revealed contradictory findings based on the same national registries.

Those findings, which looked at 900,000 Danish births (v. 600,000 Danish births in the earlier study), found a two-fold increase in heart defects associated with use of ondansetron during pregnancy. When the researchers later expanded the number of births, they arrived at the same conclusions.

Most expectant mothers who are prescribed ondansetron for severe morning sickness have no issue. But not all are so lucky - and for those devastated with the birth of a baby presenting with various external, and/or internal deformities, the obvious next step is to search for answers and lay blame.

Does blame lay with doctors who prescribe Zofran off-label, as is their ethical right? This, in spite of GlaxoSmithKline’s position that the safety of Zofran for use in pregnant women “is not established…”

More ZOFRAN BIRTH DEFECT News
It should be noted that while a doctor has the authority to prescribe a drug off-label, the manufacturer does not. To that end, promoting and marketing a drug to doctors and health care professionals for unapproved indications is illegal. GlaxoSmithKline, while telling the Toronto Star in a statement that the safety of ondansetron in the context of a pregnancy is not established was, in 2012, embroiled with the US Department of Justice (DOJ) over allegations that GlaxoSmithKline promoted a number of drugs off-label to doctors. GlaxoSmithKline settled with the feds for $3 billion, without admitting to any wrongdoing.

In one breath, GlaxoSmithKline says the safety of Zofran for pregnancy is not established, while alleged to have promoted Zofran for off-label use to treat morning sickness in pregnant women. As part of the settlement with the DOJ, GlaxoSmithKline was not required to admit to any wrongdoing…

Posted by
lupe
on March 5, 2015
I took Zofran for 3 weeks in the 3rd month of pregnancy Im now 4months is there any test I can take to check for any abnormalities.