Women in Canada have filed lawsuits alleging their babies developed birth defects after being exposed to Zofran (known generically as ondansetron). Similar to lawsuits filed in the United States, lawsuits in Canada allege women were given Zofran to treat nausea and vomiting linked to morning sickness, even though Zofran was not approved to treat pregnant women. 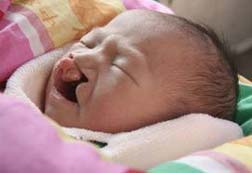 According to CTV (12/7/15), a class-action lawsuit has been filed against GlaxoSmithKline, maker of Zofran, alleging babies were put at risk of birth defects when they were exposed to a drug not approved for use in pregnant women. The plaintiffs, approximately a dozen so far, say they were not warned that there was the potential for birth defects.

One such plaintiff is Terra Mercer, whose daughter Aaleyah, was born with a cleft lip and cleft palate after Mercer was prescribed Zofran off label to treat her morning sickness. In Canada, Zofran’s warning label states, “the safety of ondansetron for use in human pregnancy has not been established. Ondansetron is not teratogenic in animals. However, as animal studies are not always predictive of human response, the use of ondansetron in pregnancy is not recommended.”

According to CBS11 (7/23/15), in GlaxoSmithKline’s own filings with Health Canada, the drugmaker noted Zofran was “not recommended” for pregnant women. GlaxoSmithKline responded to CBS noting it had used the “specific wording that the Canadian government requires for such products, and Zofran sold in the United States has the language mandated under the U.S. code.”

Although the label does say ondansetron is not recommended for use in pregnant women, it does not note what the risks of using the drug while pregnant could be. It also does not note any studies that suggest Zofran could be linked to an increased risk of birth defects. While some studies have shown no link between the use of Zofran and the development of birth defects, others suggest a possible link exists.

“GSK avoided conducting these studies because they would have hampered its marketing of Zofran and decreased profits by linking the drug to serious birth defects,” court documents allege.
“GSK’s conduct was tantamount to using expectant mothers and their unborn children as human guinea pigs.”

Ondansetron is approved to treat nausea and vomiting in patients who are undergoing chemotherapy, but doctors are able to prescribe it off label.