Zofran Label Discrepancy—Depends Where You Live

Plaintiffs involved in Zofran lawsuits, including multidistrict litigation (MDL 2657), have discovered that Zofran labeling in Canada warns against the use of the anti-nausea drug during pregnancy because of possible birth defects. The US label has no such warning. According to plaintiffs, this means that Canadian mothers were warned that Zofran may harm their babies when taken during pregnancy, but mothers in the United States were not. 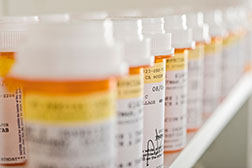 This discrepancy in labeling begs the question: why is the birth defects warning in Canada and not in the United States? Currently, more than 220 plaintiffs are demanding answers.

In April 2015, Canada acknowledged the risks associated with using Zofran during pregnancy to treat morning sickness. The Canadian label reads: “the safety of ondansetron for use in human pregnancy has not been established,” and “use in pregnancy is not recommended.”

The Zofran label in the United States reads: “Pregnancy Category B. Reproduction studies have been performed in pregnant rats and rabbits at I.V. doses up to 4 mg/kg per day and have revealed no evidence of impaired fertility or harm to the fetus due to ondansetron. There are, however, no adequate and well-controlled studies in pregnant women. Because animal reproduction studies are not always predictive of human response, this drug should be used during pregnancy only if clearly needed.”

GlaxoSmithKline (GSK) in 2012 was accused of illegally promoting and marketing Zofran as safe, and the pharmaceutical giant settled its accusation of criminal behavior by paying the US Department of Justice $3 billion. But approximately 1 million pregnant women per year still use the anti-nausea drug off label to treat morning sickness.

No wonder GSK made Number One on Public Citizen’s list of “Worst Offenders,” both in number of settlements and size of criminal and civil penalties. The non-profit consumer rights group and think tank in 2012 found that big pharma companies, including GSK, had paid governments more than $30 billion, much of which stemmed from allegations of unlawful “off-label” marketing, such as the marketing and promotion of Zofran. In 2012, GSK paid its $3 billion fine. To this day, the drug giant still denies allegations that Zofran causes birth defects. Further, the company has not offered to change its labeling.