Pharmaceutical giant GlaxoSmithKline is facing more Zofran lawsuits this month. All plaintiffs/parents claim that the anti-nausea drug has caused numerous birth defects and they are seeking a jury trial. 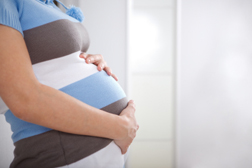 Trish and Bryce Belanger on March 3 filed a Zofran lawsuit on behalf of their two minor children who were born in 2009 and 2010, respectively, with a number of birth defects allegedly caused by the generic form of Zofran.

Filed in U.S. District Court for the Eastern District of Louisiana, the parents claim that GlaxoSmithKline (GSK) knew its drug was dangerous for expectant mothers, but continued to market it without adequate warning labels. And it was prescribed off label to treat Trish’s morning sickness: Zofran was only approved by the FDA to fight nausea in chemotherapy patients. (Case number 2:16-cv-01806.)

Also in March of this year, Cicily Lafleur and Justin Thibodeaux filed a lawsuit in the U.S. District Court for the Western District Court of Louisiana, Lafayette Division, with similar claims. Cindy Lafleur took Zofran during the first trimester of her pregnancy to treat morning sickness. Her son, Kaden Lafleur, was born in November 2012 and was allegedly diagnosed with congenital heart defects. Kaden required surgery right after his birth and underwent extensive follow-up treatment, according to court documents.

Of more than 220 lawsuits filed to date, most involve the following birth defects:

More ZOFRAN BIRTH DEFECT News
Doctors who have prescribed Zofran off label have not broken the law. They are not legally bound to use a drug specifically according to its label, which is produced in accordance with the FDA. However, the drug company’s marketing and advertising tactics are unlawful - and they market drugs like Zofran knowing that doctors are doing nothing illegally. Of course it is unethical to perform clinical studies on pregnant women: GSK would have needed to have done so if they could claim that Zofran is safe for pregnant women and their unborn children.

Instead, GSK began to market its drug as a “safe” and “effective” treatment to OB/GYNs throughout the United States, and Zofran was prescribed to more than one million women during its first year of marketing it off label. GSK has obviously calculated that more profits can be made keeping the drug on the market and facing lawsuits than withdrawing it. The Department of Justice in 2012 slapped the drug giant with a $3 billion fine for “unlawful promotion and failure to report safety data” of several drugs, including Zofran.

Posted by
Shelly Louise Colegrove
on March 25, 2016
I have been struggling for 13 years after loosing my twin girls, Riley Leona Colegrove and Kylee Katherine Colegrove. I was seen by high risk Doctor at Henry Ford Wyandotte Hospital. I was told that I could not take any medications for being so sick until after the first trimester. I was put on the poison, the Doctors and Nurses assured me if I made it to 17 weeks, no worries. On medicine for nine weeks, lost them in 45 min. one in the bathroom of Hospital alone. Who is working on the babies that died from spontaneous abortion. please help me.