GSK Had Zofran “In the Bag”

Damning evidence against defendant GlaxoSmithKline (GSK) is cited in the latest Zofran lawsuit, portraying the drug giant as nothing short of evil. The complaint includes a catchy phrase developed by GSK for its sales staff to pitch to doctors about its premixed Zofran bag:
“Profit Maximization - It’s in the Bag.” 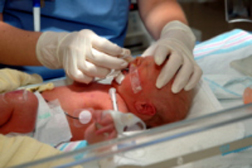 The lawsuit filed by Deana Brown on October 29, 2015 claims that GSK’s “fraudulent” Zofran marketing brought more than $1 billion in annual sales and $1.4 billion worldwide in 2002. GSK did have it in the bag, until now. Brown’s complaint refers to marketing material provided to GSK sales staff in the early 1990s. They were instructed to “emphasize to medical providers not only the benefits of Zofran but also the financial benefits to the providers by prescribing Zofran. Specifically, ‘[b]y using a 32mg bag [of Zofran], the physician provides the most effective dose to the patient and increases his or her profit by $__ in reimbursement.’”

Given these outrageous profits, little wonder that GSK hasn’t change its evil ways. In 2012, the company agreed to plead guilty and pay $3 billion to resolve its criminal and civil liability arising from its “unlawful promotion of certain prescription drugs,” according to the Department of Justice (DOJ) that year. GSK’s guilty plea involved other drugs, but Zofran was forefront. The settlement agreement stated that GSK “knowingly promoted the sale and use of Zofran for a variety of conditions other than those for which its use was approved as safe and effective by the FDA (including hyperemesis or pregnancy-related nausea).” Zofran was never approved to treat morning sickness, yet GSK marketed the drug as a safe and effective treatment for morning sickness. The DOJ also accused GSK of paying physicians kickbacks to prescribe Zofran to pregnant women suffering from morning sickness.

Go even farther back to 1999, when the FDA had ordered GSK to “immediately cease distribution” of ads that “promote Zofran in a manner that is false or misleading because it lacks fair balance.” Brown’s lawsuit has also cited this DOJ statement.

Brown’s Zofran birth defects lawsuit says her daughter was born in 2007 with congenital band syndrome and teratologic clubfoot. Brown took Zofran in her first trimester of pregnancy, and there is no history of birth defects in her family. Regarding the statute of limitations, Brown says she was unaware of Zofran’s link to birth defects or knew of any Zofran complications until recently.

According to Courthouse News, 193 Zofran Birth Defects lawsuits have been filed against GSK this year. At the end of October, 16 of them were filed in Alabama federal courts, and 11 more in Boston. The National Law Review reported the following:

More ZOFRAN BIRTH DEFECT News
The United States Judicial Panel on Multi-District Litigation (JPML) recently assembled to determine whether the cases known as In Re: Zofran (ondansetron) Products Liability Litigation should be given Multi-District Litigation (MDL) treatment, and if so, where the litigation should be consolidated. Granting MDL treatment consolidates all federal lawsuits filed across the United States into one centralized district.

As of November 11, 2015, seventy Zofran lawsuits are filed in the US District Court of Massachusetts, and 11 of those claims have been filed in Boston. Judge F. Dennis Saylor has been assigned to preside over the consolidation. The Zofran case number is 1:15-md-02657-FDS.

Meanwhile, a growing number of lawsuits are being filed in other courts. Since the JPML decided to consolidate the Zofran litigation, about 110 new claims have been filed, mainly in Louisiana and Alabama. Attorneys predict more to come...