No Word on Zofran MDL, but Lawsuits Still Being Filed

As plaintiffs in Zofran birth defects lawsuits await word on whether or not their suits will be consolidated into a multidistrict litigation, more lawsuits alleging infants suffered Zofran side effects are being filed. The most recent lawsuits allege GlaxoSmithKline did not adequately warn patients about the risk of taking Zofran for pregnancy-related nausea. 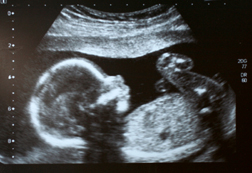 One of the more recent lawsuits was filed on behalf of Ann and Therese Trivisonno in July 2015. Much like the other lawsuits, the Trivisonnos allege GlaxoSmithKline marketed Zofran as being safe and effective for pregnancy-related nausea, “despite having knowledge that GSK had never once undertaken a single study establishing that this powerful drug was safe or effective for pregnant mothers and their growing children in utero.”

Zofran is approved to treat nausea associated with chemotherapy or radiation treatment but is not approved to treat pregnancy-related nausea. Although doctors are allowed to prescribe medications off-label, drug companies are not permitted to market it for such uses.

Plaintiffs allege that not only did GlaxoSmithKline not study the effects of Zofran on pregnant women, it excluded them from its trials when it applied for Zofran approval and hid any internal discussion of the potential for Zofran to harm unborn babies to protect profits. Court documents argue that pregnant women who took the drug had no way of knowing that it had never been studied in pregnant women.

More ZOFRAN BIRTH DEFECT News
Ann Trivosonno was born in 1994. Therese, Ann’s mother, took Zofran starting in the first trimester of pregnancy. When Ann was two, she was diagnosed with atrial septal defect and underwent open-heart surgery at age three. The lawsuit alleges Ann has suffered ongoing health problems, including lung damage, asthma and chronic lung infections. Therese says that if she had known about the increased risk of birth defects she would not have taken Zofran.

According to the lawsuit, GlaxoSmithKline allegedly knew about the risks in the 1980s, when animal studies reportedly showed evidence of damage to offspring when exposed to Zofran.

Enough lawsuits have been filed that there has been a motion for consolidation of the suits into a multidistrict litigation. The courts have not yet issued a ruling on the motion.

The lawsuit is Ann Trivisonno and Therese Trivisonno v. GlaxoSmithKline, case number 1:15-cv-01435 in US District Court for the Northern District of Ohio Eastern Division.