Lawsuits alleging problems with Zimmer Knee Replacement are now up over 1,000 and climbing. The issues are many, from the disappointment that a device intended to last 15 years or more fails sometimes within months, to the pain involved and the inconvenience of having to go through revision surgery to have a problematic device removed. 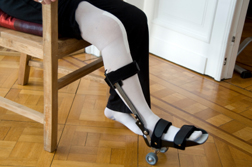 The latter issue is one to which insufficient attention is paid. Historically, knee and hip replacements were the bastion of the elderly, who required joint replacement just to get to the bathroom and back.

Today’s Zimmer NexGen Knee Replacement candidates tend to be younger and much more active - and desiring to maintain that active lifestyle for years, even decades to come. Americans also tend to be working longer now, either delaying retirement or taking up a new career once retired from a primary career.

However, for many, this is not the case - and the need for a subsequent procedure due to Zimmer knee replacement problems is not only a surprise, but a hardship. Replacing an allegedly defective implant is often more complicated than the initial procedure, requiring even more healing time. For the modern American who is overall healthier, more active and more capable of continuing in a career than a previous generation, the fallout can be devastating.

More ZIMMER NEXGEN News
Little wonder there are lawsuits over Zimmer knee implants. According to a PRWeb Newswire release (7/30/13), one plaintiff filed a NexGen lawsuit May 20 in US District Court for the Eastern District of Missouri after the Zimmer NexGen knee he received in 2009 developed problems and he required revision surgery two years later to remove and replace the problematic implant (case no. 4:2013cv00957).

Then in June, a couple filed a NexGen lawsuit in US District Court for the Northern District of Texas alleging that Zimmer NexGen Knee Replacement caused the wife much pain and suffering (case no. 4:2013cv00459). In this instance, the Zimmer knee lasted longer than some: six years. The plaintiff underwent Zimmer knee replacement surgery in 2005 and required revision surgery in 2011. Still, six years is far below the 15-year benchmark generally observed as the lifespan for knee replacement devices.

As of July 10, there were 1,014 NexGen lawsuits pending in Multidistrict Litigation (MDL 2272, US District Court for the Northern District of Illinois).

Posted by
Ho Chang
on July 5, 2016
If Zimmer manufacturer was in China everybody knows
what would be done with the executives of zimmer.
Posted by
Wanda Injasoulian
on August 10, 2013
I have had 2 of your Zimmer Knee Implants, and I have suffered with countless knee infections since 2007.I am going in the hospital again for another knee operation.I have had to undergo a removable of my knee, third time for bad infections. I have had to go to the hospital for antibiotic infusions for 30 days. I have had another Surgery to replace my knee-cap.I am going back in the hospital for more surgery on this same knee. I am now 72 years old, raising a 11 year great-grandson.I have been in so much pain since I have had the first operation.Someone from this company should check these implant devices. These devices keep coming loose , they are faulty, and should be pulled out of the production, and not be sold to the Doctors. I am not the only one that has the same problem that I have. Please let me know If you can do anything. Thank You, Wanda Injasoulian