The largest manufacturers of products similar to Zimmer knee implants scaled back payments to orthopedic surgeons after settling a 2007 US lawsuit that charged these companies with providing kickbacks, according to a report by researchers, Bloomberg noted. 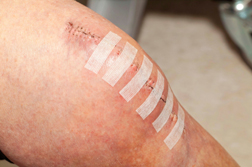 According to the news source, researchers analyzed data that was released by Biomet Inc., Johnson & Johnson's DePuy unit, Smith & Nephew Plc, Stryker Corporation and Zimmer Holdings Inc., for 2007, the year of the settlement, and 2008.

Bloomberg reported that a total of 939 orthopedic surgeons received $198 million in 2007, a report released by the Archives of Internal Medicine noted. The following year there were 568 payments worth $119 million, plus $109 million in royalty buyouts from Warsaw, Indiana-based Zimmer.

Up to 1,000 out of 25,000 orthopedic surgeons in the US received money for consulting, royalties on products that they helped develop, and research and clinical work, according to the researchers.

"We live in a society where we want to reward people for innovation and ingenuity and participation in technology development," Jason Hockenberry, assistant professor of health policy and management at Emory University in Atlanta, told the news source. "At the same time, we need to manage the potential conflicts of interest that arise from these financial relationships."

More ZIMMER NEXGEN News
Bloomberg reported that the orthopedic device makers agreed to pay $311 million in 2007 to settle US Department of Justice claims that they paid kickbacks to surgeons as part of an exchange for exclusively using their products.

Prosecutors deferred criminal charges against the companies and required them to disclose all information regarding consulting agreements with doctors, put the monetary amount of payments on their corporate websites and allow federal monitors to oversee their actions. This move was enacted in order to create transparency, according to the news source.

According to Zimmer's website, the company focuses on restoring mobility, alleviating pain and improving the quality of life for its patients around the world through the use of its products.

If you or a loved one have suffered losses in this case, please click the link below and your complaint will be sent to a drugs & medical lawyer who may evaluate your Zimmer NexGen claim at no cost or obligation.
Request Legal Help Now