Is It Natural For Zimmer Natural Knee to Fail?

A little more than a month before the US Food and Drug Administration (FDA) issued its first of two Class II recalls involving certain components of the Zimmer Natural Knee, Zimmer was proudly promoting a webcast that would feature a Natural Knee surgical procedure. The webcast, scheduled for May 27th of that year, would feature Kenneth Gustke, MD—an orthopaedic surgeon with the Florida Orthopaedic Institute. 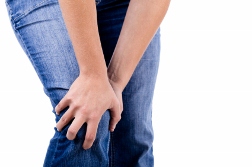 "The newer advancements to this particular implant is that we've designed specific shapes that more match the differences in male and female anatomy—that's why it’s called the 'Gender' knee," Dr. Gustke was seen saying in the 2009 promotional video posted on You Tube sometime before the May 27th surgical procedure was to take place.

"We also have changed the geometry of the articulating surfaces so that the knee has the capability of safely getting more flex, or bend in the knee."

The promotional video also touted a minimally-invasive surgical procedure that spared muscle—a procedure included as part of the Zimmer bandwagon.

A little more than a month following the live webcast of the Zimmer Natural surgical procedure identified above, the FDA issued, in association with the manufacturer, the first of three Class II recalls involving various components associated with Zimmer Natural Knee.

It should be noted the Natural Knee system, which includes the Zimmer Natural Knee II, has been around for longer than 25 years and has been implanted in hundreds of thousands of patients worldwide.

And yet there are numerous patients who have had problems with the Zimmer Natural Knee System. Patients who have an older, first-generation knee replacement in one leg express frustration that the newer Zimmer product has failed them, whereas the older product remains functional and problem-free.

Zimmer has had problems with other aspects of its product line as well. Jackie Warnstaff is a plaintiff in a Zimmer lawsuit against Zimmer Inc., Zimmer Holdings Inc. and Zimmer Orthopaedic Surgical Products Inc. and filed June 13 in the Eastern District of Texas, Tyler Division. According to the Southeast Texas Record (6/15/12), Warnstaff received a Zimmer NexGen knee in December 2009.

More ZIMMER NATURAL News
Just four months later, Warnstaff underwent revision surgery to replace the allegedly defective Zimmer knee product. Artificial knees and hips are manufactured with an expectation to last upwards of 15 years. Warnstaff barely got four months out of her implant before it needed to be replaced. Warnstaff would have been barely healed from the first procedure before undergoing a second surgery.

The resulting surgery, coupled with the need for additional time to heal, became a source for additional pain and suffering, emotional distress and loss of income and other setbacks with which Warnstaff allegedly would not have had to contend had the original implant not required replacement. This, according to her Zimmer lawsuit.

The Zimmer Natural Hip system has also, according to reports, been plagued with difficulty.

Various components of the Zimmer Natural Knee system were twice recalled in 2009, and again in 2012 under a Class II classification. A Class II rating denotes a recalled medical device that is potentially dangerous, in the eyes of the FDA. In spite of the recalls, the devices remain on the market.

Posted by
Kevin Haller
on October 7, 2013
I two have had unfortunate issues with the Zimmer product, in 2008 had a Zimmer Natural two knee system implanted into my left knee and after only five years have experienced loud popping and cracking sounds causing serious amounts of pain along with loss of balance, constantly falling down with much pain and suffering as a result from a total failed defective product. After all the pain and suffering not even fully recovered from the initial surgery, now face revision surgery to replace the failed defective Zimmer Natural knee joint that has busted and malfunctioned. Now seeking legal assistance.