Patients who have experienced difficulty with their Zimmer Durom Cup hip replacement might not know who to blame for their problem. According to Zimmer Holdings, the fault belongs to the surgeons who implanted the device. According to some consultants, the problem lies with the device itself. Now, a senator is attempting to sort things out, while patients are left wondering if they will have to undergo more surgeries to replace their hip replacement device. 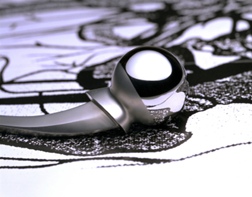 According to the 7/30/10 edition of the New York Times, Dr. Lawrence Dorr, who worked as a consultant for Zimmer, raised concerns in 2008 with other orthopedic surgeons that the Zimmer Durom cup was failing a few years after implant. Patients who experienced failure of their device required replacement surgery.

Zimmer, however, responded by blaming Dorr's technique. The company reportedly convinced the US Food and Drug Administration (FDA) to close its investigation by sending data showing that the Zimmer Durom cup worked well.

More ZIMMER DUROM CUP News
Senator Grassley, however, requested information from Zimmer Holdings after the New York Times noted on 6/19/10 that Zimmer was blaming its own consultants for issues with the devices. The senator asked Zimmer to provide a list of safety concerns raised by outside consultants since January 2008, and how Zimmer responded to those concerns.

Zimmer is not required by law to track the long-term performance of its devices; however, Senator Grassley has requested information on whether the company does any such tracking.

The letter, published on fdanews.com, gives Zimmer until August 12 to respond to Senator Grassley's questions. In his letter, Senator Grassley noted that he was "troubled" by the Times article about Zimmer's response to safety concerns raised by consultants.

A Zimmer spokesperson said the company "welcomed the opportunity" to speak with Senator Grassley.