Maker of the Zimmer Hip Faces Investigation into Foreign Dealings

While Zimmer Holdings faces lawsuits in the US alleging problems with the Zimmer hip replacement, the company also reportedly faces an investigation into its foreign dealings. And while those foreign dealings may not involve alleged problems with the Zimmer Durom Cup, they reportedly involve sales of the company's products. Meanwhile, patients in the US claim the Zimmer Durom Cup hip replacement has caused them unnecessary pain. 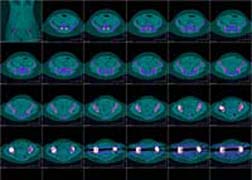 According to a report by The Wall Street Journal (05/05/11), Zimmer Holdings Inc. has been subpoenaed by the Securities and Exchange Commission regarding the company's operations in the Asia-Pacific region. The Securities and Exchange Commission is investigating allegations of possible foreign bribery made against a number of US pharmaceutical companies, including Zimmer. That bribery may have involved illegal payments reportedly made to doctors and health officials, which could have violated the Foreign Corrupt Practices Act.

Specifically, prosecutors are concerned about large payments made to doctors in other countries who oversee drug and medical device clinical trials. According to The New York Times (08/14/10), more than 80 percent of drugs that were approved in 2008 involved trials that were conducted in foreign countries, where US auditors do not normally visit.

A spokesperson for Zimmer said the company is cooperating with the investigation, which apparently involves the sale of its products in foreign countries.

More ZIMMER DUROM CUP News
Although consulting agreements are not illegal in the US, some patients are concerned that those arrangements result in doctors prescribing medications or using devices they may otherwise not have used. At a US Senate Special Committee on Aging hearing into the medical device industry, one witness testified that she learned after her hip implant surgery that her doctor received $600,000 in consulting fees from DePuy. Certain DePuy hip replacement devices were later recalled due to a high failure rate.

In 2008, sales of Zimmer Durom Cups were suspended following reports of issues with the implant devices that required revision surgery. Initially, Zimmer blamed the problems on surgical implantation techniques, saying the hip device was not defective. Eventually, however, the company agreed to suspend sales of the Zimmer Durom cup.

Since that time, lawsuits have been filed against Zimmer, alleging the company failed to warn patients about potential risks associated with the Zimmer Durom Cup hip replacement.