On April 19, Marina Golden filed a Zantac cancer lawsuit in California state court, alleging that her years’ long use of Zantac caused her 2014 diagnosis of breast cancer. Her lawsuit seeks punitive and exemplary damages to punish the defendant manufacturers and retailers for their wrongful acts as well as compensatory damages in recognition of the harms that she suffered. 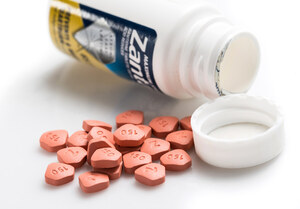 
Ms. Golden took prescription generic ranitidine (300 mg), as prescribed by her doctors from 1981 to the late 1980’s. She took over-the-counter Zantac (150 mg) thereafter through 2017. Between 2014 and 2017, she used it to treat severe stomach issues related to her cancer chemotherapy treatments. She bought the ranitidine-containing drugs from various retailers, including Albertson’s, CVS Pharmacy, Rite Aid, Kroger, Walmart, and Walgreens.

In her Complaint, she claims that her use of Zantac caused ultimately caused her breast cancer and the hospitalizations, in-patient surgeries, and other painful and invasive medical treatments that were necessary. She alleges that pharmaceutical giants including Sanofi-Aventis, GlaxoSmithKline and Pfizer and retailers either knew or should have known of the link between prolonged use of Zantac and cancer and that they withheld this information from her, thus depriving her and her doctors of the opportunity to make informed decisions about her treatment. The lawsuit charges them with a full array of product liability claims, including marketing a defectively designed product, failure to warn, negligent misrepresentation, fraudulent concealment, and other forms of negligence.


N–Nitrosodimethylamine (NDMA) contamination in ranitidine-containing medications like Zantac has been linked to various forms of cancer, including:  A 2008 study found that those who regularly took these medications were at increased risk of ductal carcinoma, a type of breast cancer. Those who regularly took Zantac allegedly face a 240 percent greater risk of developing this form of breast cancer than those who do not. Although the study does not reach a conclusion about causation, the correlation is telling.


On April 1, 2020, the FDA requested the voluntary withdrawal of all ranitidine-containing drugs from the market after it began reviewing the safety of ranitidine, with specific focus on the presence of NDMA. The U.S. Department of Health and Human Services has concluded that NDMA is reasonably anticipated to be a human carcinogen.

According to the U.S. Environmental Protection Agency NDMA is one of a family of potent carcinogens. Scientists have long recognized the dangers that NDMA poses to human health. As early as 1978, the International Agency for Research on Cancer stated that NDMA “should be regarded for practical purposes as if it were carcinogenic to humans.” The World Health Organization states that there is “conclusive evidence that NDMA is a potent carcinogen” and that there is “clear evidence of carcinogenicity.”

Further, it appears that the pharmaceutical giants and the FDA were aware of the growing suspicion concerning NMDA’s toxic properties even at the time Zantac was approved for use in the United States. GlaxoSmithKline knew that ranitidine could react with nitrite in the human stomach to form NDMA, and that long-term use of ranitidine could result in elevated levels of nitrite in the human stomach. A 1982 study suggested that patients using medications containing ranitidine as a long-term maintenance therapy be cautioned to avoid a high nitrate diet and not to take it at mealtime. In 2016, a Stanford University study found that the level of NMDA in the urine of health patients increased 400 times after only a single dose of ranitidine-containing medication.

It was not until September 2019 that Valisure, an independent pharmacy and testing laboratory, filed a Citizen Petition calling for the recall of all ranitidine-containing drugs based on the scientific studies demonstrating that ranitidine can transform into the cancer-causing NDMA.

More ZANTAC HEARTBURN MEDICATION News
Ms. Golden’s lawsuit ultimately cites six bases for recovery. The first, strict liability based on design defect, argues that ranitidine-containing Zantac was inherently unsafe. The second, strict liability based on failure to warn, posits that Zantac posed risks to consumers that the defendants either knew or had reason to know about. The potential risk of cancer was substantial when Zantac was used as it was intended to be used or in ways that were reasonably foreseeable.