Did the FDA drop the ball on drug safety?

A cascade of recalls – by Sanofi, the manufacturer of Zantac and a collection of pharmacies that distribute the heartburn drug – is fuel to the fire of the Zantac cancer lawsuits now forming. Lawyers reportedly anticipate an explosion of Zantac lawsuits over the next several months. 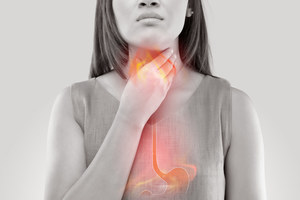 What should heartburn sufferers who have been taking Zantac do? First, of course, talk to your doctor. Then, however, it may be time to explore your legal options.

A day earlier, Appco Pharma announced that it would recall all unexpired ranitidine hydrochloride capsules 150 mg and 300 mg. The pharmacy had not received any reports of adverse events related to use of the product but found NDMA levels higher than the FDA’s acceptable daily intake levels.

On January 6, Denton Pharma, Inc., doing business as Northwind Pharmaceuticals, voluntarily recalled all unexpired lots of ranitidine tablets, both 150 mg and 300 mg. Lab results reportedly identified trace amounts of NDMA in seven lots of Northwind’s product. As an additional precautionary measure, Northwind has halted distribution of its ranitidine products in the United States while it continues its efforts to test and investigate in cooperation with FDA.

On September 28, 2019, CVS Pharmacy announced that it would suspend sales of all Zantac-brand and CVS Health-brand ranitidine products until further notice, pending the results of an FDA investigation.

In October of 2019, Sanofi, the manufacturer of Zantac, recalled its over-the-counter Zantac products in the U.S. and Canada, citing possible NMDA contamination.

The Food and Drug Administration continues to evaluate whether low levels of NDMA in ranitidine pose a risk to patients.  Meanwhile, the agency seems to have delegated drug safety oversight issues to manufacturers, asking them to expand their testing and check every lot of ranitidine and nizatidine for NDMA and withhold lots with detected levels above what the agency considers acceptable for daily use.


NDMA is classified as a probable human carcinogen and has been linked to cancers of the digestive system, including the bladder, esophagus, stomach and kidneys, as well as testicular and uterine cancers. It occurs naturally in the environment and certain food products, but at levels deemed “safe” for limited consumption. The FDA has set the acceptable daily intake limit for NDMA at 0.096 micrograms or 0.32 ppm for ranitidine.

Early investigations of an unsafe level of NMDA in Zantac and other antacids focused on the possibility of external contamination. Tests conducted at the point of manufacture often indicated only levels of NMDA below the FDA threshold.

Further studies, however, have suggested that ranitidine becomes chemically unstable when exposed to heat for prolonged periods of time – that the appearance of NMDA is not necessarily the result of external contamination, but the result of chemical deterioration. Leaving Zantac in a hot car might be enough to produce dangerous levels of NMDA, as might freight transportation from the point of manufacturer to the pharmacy.

The question remains whether an inherently unstable drug can be considered safe for general distribution to consumers.


Zantac lawsuits are, for the most part, still in the early formation stages. To date there is still little news about settlements or jury awards. As these lawsuits fire up, however, there are several things that Zantac users should know.

Success will depend on being able to demonstrate two things: that there was an injury or harm, for example, the onset of cancer and the medical bills and suffering that followed; and that there was a link between Zantac use and the harm.

More ZANTAC HEARTBURN MEDICATION News
These lawsuits will likely develop as “failure to warn” cases. The argument--the allegations--will likely be along the lines of “Sanofi-Aventis, maker of Zantac, failed to warn users that the medicine could produce unsafe levels of a probable carcinogen after being ingested.”

Proving the link between Zantac use and cancer will likely depend on the expert testimony of medical experts. Sanofi will marshal its own experts and evidence to cast doubt on any linkage. Proving causation is often the most difficult aspect of these failure to warn lawsuits. Sometimes defendant drug companies will settle rather than endure a long and costly trial that may be very damaging to the brand.

People who believe that they have been injured by Zantac use and want to bring a lawsuit should make sure that they understand the difference between a class action and an individual lawsuit and the different kinds of recoveries that may be possible with each.

Posted by
Catina L Sherman
on March 9, 2020
First and formost as of now I have NOT been diagnksed with cancer...on that note, I am already mentally handicappable I dont need to be given a drug by a doctor ) someone I trust ) onlh to find out it could have harmed me...I have gotten more scared now about trusting even doctors and one of my diagnosis is psychosis
Posted by
Bill Hudson
on February 13, 2020
I took Zantac for many years and was diagnosed several years ago while in my early 50's with prostate cancer. I had my prostate removed and, with the exception of the usual side effects, I am doing well and now cancer free.