Since the FDA last September reported that minute amounts of a carcinogen called N-nitrosodimethylamine (NDMA) was detected in Zantac, along with several other heartburn medications, a number of Zantac cancer lawsuits have followed. 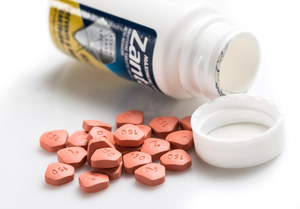 The FDA and Zantac


Despite voluntary recalls from manufacturers (including Sanofi and Glenmark Pharmaceuticals) and scathing comments from health experts and at least one congresswoman, the FDA hasn’t pulled ranitidine (Zantac is a brand name version of ranitidine) from its shelves, nor has it even advised the public to stop taking ranitidine products. Instead, the agency is “investigating whether the low levels found in the ranitidine medicines create a health risk.” Its latest update (Jan 8, 2020) “alerts patients” to two voluntary recalls of ranitidine. Fierce Pharma wrote that:

Due to a historically very high perception of safety, ranitidine is heavily prescribed to adults and infants and sold over-the-counter…. FDA's failure to stop companies from selling ranitidine makes the United States government complicit in exposing infants and adults to the risk of cancer,” reads the letter to FDA Director Stephen Hahn and his boss Alex Azar, secretary of Health and Human Services.


Last August, 44-year-old Jill Goldstein filed a lawsuit against Zantac manufacturers Sanfoi U.S., Pfizer, GlaxoSmithKline and Boehringer Ingelheim Pharmaceuticals, claiming the antacid gave her breast cancer. One month later she underwent a lumpectomy, following a diagnosis of a hormone receptor-positive ductal carcinoma. The chances of her developing cancer increased by 240 percent due to Zantac, according to the lawsuit.

"Yet, the makers of Zantac did nothing. They said nothing. Jill Goldstein is now paying the price," the lawsuit states. The lawsuit accuses the defendant of design defect, failure to warn, negligence, breach of express warranty, breach of implied warranty and negligent misrepresentation.

Another  Zantac lawsuit was recently filed in the U.S. District Court for the Northern District of Ohio. After taking two Zantac pills per day for 12 years, an Ohio woman says was diagnosed with Stage Stage IV kidney cancer. This type of cancer starts in the kidneys and occurs when healthy cells in one or both kidneys grow out of control and form tumors.

More ZANTAC HEARTBURN MEDICATION News
The American Society of Clinical Oncology states that kidney cancer is the sixth most common cancer for men and the eighth-most common for women. In 2019, an estimated 73,820 adults in the U.S. will be diagnosed with kidney cancer, and 14,770 will die from it. The plaintiff underwent surgery to remove a tumor and some surrounding healthy tissue. She blames Zantac manufacturers for failing to warn the public of this dangerous risk.

These two cases, along with many others pending in court, claim that the NDMA in Zantac and generic ranitidine is not an impurity, as the FDA calls it, but a natural by-product of the breakdown of ranitidine in the digestive system. Valisure, the online pharmacy that first detected NDMA in ranitidine during routine testing, agrees that ranitidine is unstable and can form NDMA during the digestive process.

Posted by
dean lagoe
on February 10, 2020
What about people that have taken the medication for years and have not or don’t know if it has caused cancer to us yet but ma in the future? I have used this medicine every day for about 10 years!
Posted by
RAYMOND BOTTS
on February 9, 2020
I'd like to be included in the class. I have takem Zantac for years and currently prescribed rantidine.because of being exposed I feel unnecessary exposure to increasing my chances of developing a cancer.even though as far as I know I have not. but, unnecessary exposure should be compensated I believe.
Posted by
Karen Allen
on January 20, 2020
My doctor prescribe me this medication for stomach digestion. I have medication proof