Concerns Abound, But Will Yasmin Prevail?

The manufacturer of Yasmin birth control continues to stand behind its product in the face of growing concern—and growing controversy—involving the new-age birth control product. That concern and controversy continue to fuel Yasmin lawsuits from patients who have allegedly been harmed by the Bayer product. 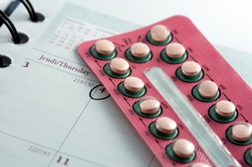 Bayer counters that any risks associated with Yasmin, including Yasmin side effects, are no worse than those encountered by other contraceptives not containing drospirenone, the active ingredient that is unique to Yasmin and its sister product Yaz—the latter also spawning Yaz lawsuits. Such risks, Bayer says, is also duly reflected in product labeling.

While new studies have concluded there is a greater risk for Yasmin blood clots over older and competing contraceptives, other studies have espoused an opposite view or have been inconclusive. Those having identified risks can't explain the reason behind them. While some doctors remain concerned about Yasmin, others continue to prescribe the product.

The disconnect is palpable. What is undisputed, however, is the popularity of Yasmin among women. A doctor interviewed in a news report earlier this month broadcast by CBS News 11 out of Dallas/Fort Worth referenced Yasmin and Yaz as the biggest-selling contraceptive product in the world.

While Yasmin and Yaz are not the biggest sellers in Canada, the Bayer products come in a close second, with $71 million worth of Yasmin and Yaz sold in Canada last year, according to statistics published November 8 in the Globe and Mail.

But that could all change after Health Canada, the Canadian equivalent to the US Food and Drug Administration (FDA), carries out an investigative look into the fourth-generation product following the release of a study in the Canadian Medical Association Journal that found a greater risk for blood clot in the leg or lung amongst women prescribed Yasmin or Yaz, over those taking older birth control products.

The research, led by experts based in Israel, mirror the findings of a separate study articulated by the FDA earlier this month that also found a greater risk for blood clots.

More YASMIN BIRTH CONTROL News
The Israeli researchers studied 330,000 women age 12 to 50. Study participants taking drospirenone (Yaz or Yasmin) were found to have a higher risk for blood clots than those not taking the products. While the release of the study comes long after Health Canada originally announced its intention to review Yasmin and Yaz—which it articulated earlier this year—the new study, together with similar findings by the FDA study and two British studies, may not help to serve the product's cause in either country.

That said, observers doubt that a contraceptive as popular as Yasmin and Yaz would ever be pulled from the market entirely.

In various lawsuits, Bayer has been accused of accenting the benefits of the synthetic hormone drospirenone—such as clearer skin and reduced bloating—and downplaying risks that include, but are not limited to, Yasmin gallbladder problems.