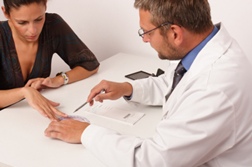 According to the lawsuit, 18-year-old Michelle Pfleger, a freshman at Elon University in North Carolina, died of cardiac arrest after she allegedly took Yasmin to treat her acne condition.

Pfleger's mother, Joan Cummins, said that the lawsuit is designed to ensure that similar cases don't occur in the future.

"I can only hope that by publicizing what happened to Michelle, I can keep another family from having to go through this," said Cummins.

In the lawsuit, Cummins claims that Bayer did not properly warn doctors and patients about the health risks posed by potential Yasmin side effects.

The lawsuit is the latest indictment of Yasmin, typically used as a contraceptive, which has been linked to side effects such as blood clots and gallbladder problems, according to various studies.