Ann Schwoob takes exception to the claims made by Bayer that the Yasmin birth control pill is safe. Her experience has been anything but safe, and the Canadian woman now has to take blood thinners after a fearful brush with Yasmin blood clot. Schwoob, along with her husband and another plaintiff, is suing Bayer and has applied for class-action status. 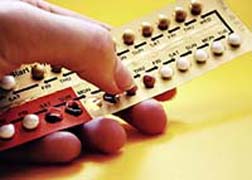 The Yasmin pill, and its close cousin Yaz, has been under fire for allegedly increasing the risk of developing blood clots (thrombosis) over other more established oral contraceptives. Bayer counters that it has studied Yasmin extensively and maintains there is no added risk with Yasmin.

However, Schwoob tells a different story…

As told to the March 12 edition of the St. Catherines Standard (The Standard), the Ontario smoker was prescribed the Yasmin pill last summer and was fine for the first two months. Then, the 33-year-old woman began developing chest pains she likened to fractured ribs, and a heavy compression to her chest. Visits to a hospital in St. Catherines suggested a diagnosis of pneumonia. However, when the discomfort refused to abate, Schwoob was advised by a doctor at a walk-in clinic to get checked out at the Hamilton General Hospital, a more specialized facility located in the City of Hamilton, near Toronto.

It was there that Schwoob was diagnosed with a pulmonary embolism (blood clots in the lung), necessitating a weeklong stay in the hospital and blood thinners to bust the blood clots. She will need to remain on blood thinners for another six months.

Schwoob told The Standard that she never would have consented to taking Yasmin if she knew about Yasmin side effects at the time.

"I've since found out that Yasmin has a higher risk of blood clotting than your average birth control pill, which isn't part of their commercial or isn't an extra warning or anything like that," she said in comments to The Standard. "If there had been, obviously I wouldn't have taken it."

Schwoob's statement of claim seeks $20 million in punitive damages, together with pecuniary and special damages of $500,000 each for the two women (the other plaintiff is based in Halifax).

The various Yasmin side effects and risks outlined in the lawsuit include stroke, deep vein thrombosis, pulmonary embolism and heart attack. Yasmin gall bladder problems are also alleged to be at a "substantially higher" risk among women who use Yasmin, as compared with other birth control pills.

The Yasmin blood clot lawsuit alleges that Bayer "aggressively marketed" Yasmin in the absence of proper disclosure of safety hazards or safety data to Health Canada, the Canadian health regulator.

More YASMIN BIRTH CONTROL News
Dr. Shurjeel Choudhri, speaking for Bayer from Toronto, told The Standard that two, independent studies published in 2007 showed no difference in risk when comparing Yasmin birth control with other oral contraceptives on the market. Noting the studies followed study participants long term for as long as two years, Choudhri maintains that such a study is superior given that the risk of blood clot is higher at the point when a woman starts on a new birth control pill, whereas a British study highlighted in the Schwoob lawsuit is retrospective in nature.

"When you look at the data in a retrospective way, you get a misleading result," Choudhri said. "It looks like there is a higher risk, when in fact there isn't."

Undaunted, Schwoob's lawsuit cites the study published in the August 2008 edition of the British Medical Journal. It found that the risks for Yasmin blood clot or pulmonary embolism were nearly four times higher among users of Yasmin.