More YASMIN BIRTH CONTROL News
A Texas woman has filed a lawsuit against Bayer Corp. over alleged Yasmin gallbladder problems that continue to cause her discomfort, the Southeast Texas Record reports. 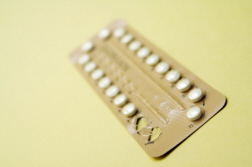 The lawsuit, filed by Lana Speck, claims Bayer knew about the potential risks of Yasmin, but failed to warn patients and healthcare providers about the risks.

After taking the contraceptive pill for a number of years, Speck allegedly began to experience stomach pain and needed to have her gallbladder removed. According to the suit, Speck still suffers from digestion problems that result in abdominal pain, indigestion and diarrhea.

Physicians also allegedly discovered gallstones in Speck, according to the lawsuit.

In the suit, which was filed in Galveston County Court, Speck is seeking monetary damages, according to the news provider.

The case has reportedly been assigned to Judge John Grady, the news source said.

According to its Web site, Bayer is "a global enterprise with core competencies in the fields of health care, nutrition and high-tech materials."