A Yasmin Birth Control Plea from a Young Mother

We know her only as Rachel—and the face of this beautiful young woman peering into her laptop camera belies a difficult story, told in her own words, about her experience with Yasmin birth control. 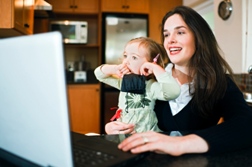 Among the side effects attributed to Yasmin and its cousin Yaz are blood clots, known medically as thrombosis. Rachel, the woman in the YouTube video, says she suffered from thrombosis.

"I used to take Yasmin birth control," she says. "In 2007 I took it from March to August, I think. So I wasn't even on it that long and it gave me a lot of complications." She refers to television ads for Yasmin and Yaz, referencing the identification of adverse reactions such as heart attack, stroke and blood clot relative to those products. And while the speaker notes that other contraceptive products carry similar risks, Yasmin and Yaz (together with the generic Ocella) contain ethinylestradiol and drospirenone, a combination that is alleged to cause a number of health risks.

The young woman with the long brown hair says she began having gallbladder problems two months after starting Yasmin in May 2007. She eventually underwent surgery to have her gallbladder removed in July of that year.

More YASMIN BIRTH CONTROL News
And then there was a blood clot that developed shortly thereafter, while she was pregnant (she became pregnant about a month after stopping Yasmin). Doctors found "a 10-centimeter-long blood clot in my uterus" at about 15 weeks, she said, noting that doctors were mystified because everything looked normal and they could not ascertain where the clot originated.

"It just started bleeding out, and that process kind of continued for a while and then it stopped, by around 20 weeks." Doctors determined the young mother-to-be had a 50 percent chance of miscarrying. "Thankfully I didn't," she says. "But I had to be on bed rest for a long time." A further complication was a massive loss of blood pressure while she was in labor with her daughter. While the problem was corrected in time, it was a scare.

"This birth control has possibly caused these two things." Rachel indicated she has been in contact with a lawyer, but stressed that her video diary is "not about that."

"I just wanted to tell you, if you're taking (Yasmin birth control) I would strongly suggest that you stop."