Iowa Woman Sues Bayer and Others over Yaz Generic Side Effects

When a woman goes on the pill, the assumed result is that she won't get pregnant. However, Yaz and Yasmin birth control pills have become associated with certain unexpected and patently unwelcome side effects. 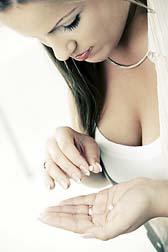 A woman from Cedar Rapids, Iowa filed a lawsuit against Yaz manufacturer Bayer on December 28, 2009. Adrienne Cechura alleges that she developed serious side effects from her use of Ocella, a generic version of Yaz.

The plaintiff claims that she used the product from April through July of last year, only to suffer a stroke and other life-threatening side effects. The lawsuit, filed by Cechura and her husband Kenneth in US District Court, contends that the plaintiff is now at greater risk for developing blood clots in deep veins and her lungs, thanks to the progestin contained in Ocella.

She is seeking in excess of $75,000 from each of several defendants—Bayer and Berlex Laboratories among them—together with compensation for medical care, pain and suffering, mental anguish and punitive damages.

More YASMIN BIRTH CONTROL News
Yasmin and Yaz are two oral contraceptives manufactured by Bayer in their original form, which have been accompanied in the marketplace in recent times by less expensive generics. All these contraceptives contain ethinyl estradiol and the new fourth generation progestin drospirenone (DRSP), which have been linked to deep vein thrombosis (DVT), pulmonary embolism (PE), gallbladder complications and gallbladder disease, stroke and heart attack. Healthy young women and adolescents have even died from complications related to the use of Yasmin or Yaz.

The contraceptives have been consistent top sellers since they were introduced in 2001, although Bayer has been called to task on several occasions by the US Food and Drug Administration (FDA) for misleading marketing practices.

So far, upwards of 25,000 lawsuits have been filed against Bayer with regard to Yasmin and Yaz. The lawsuits are being consolidated as a multidistrict litigation in federal court in East. St. Louis.

The Cechura lawsuit was summarized in the December 31, 2009 issue of the Cedar Rapids Gazette.