"My Gallbladder Surgery Was Linked to Yasmin"

"I was never told that Yasmin could cause gallbladder problems," says Jessie. "Back in 2004, when I was prescribed this birth control pill, I wasn't aware of any Yasmin side effects. And now I'm mad. 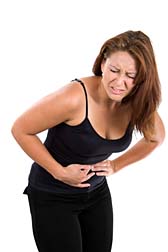 "I talked to my doctor about possible Yasmin side effects and he only mentioned blood clots. I thought you could only get blood clots if you were a smoker so I wasn't worried about taking this drug. I guess I trusted doctors and drugs in general. Now if I ever need to take a long-term drug, I will definitely do my homework beforehand. I've been on other forms of birth control and never had any problems, so I wasn't worried about Yasmin."

Only a few months after she started taking Yasmin, Jessie suffered from severe stomach pains. She finally had an endoscope and ultrasound on her abdomen, only to discover that she needed her gallbladder removed. "When I had gallbladder surgery I was never told that Yasmin could cause it. Likely the doctors hadn't heard of these side effects either," says Jessie.

"Having gallbladder surgery was expensive and very painful. And to this day I still have stomach problems but the doctors don't know why.

"It wasn't until October of this year that I found out that Yasmin can cause gallbladder problems. Of course I stopped taking it right away. I saw an ad on TV late one night about Yasmin side effects then I went online and did some research—it was correct. Then I found out about Yasmin lawsuits and decided that I could help someone by getting the word out.

More YASMIN BIRTH CONTROL News
"Of course I wouldn't have taken Yasmin, knowing what I know today. It might have been a good method of birth control but the side effects aren't worth the convenience.

"After surgery I was off work for one month. I couldn't lift anything over 10 lbs; my job involved lifting buckets of produce so I lost a month of wages. And I had surgery just six months after my daughter was born. I needed someone to come in every day, take her out of bed and feed her—she was about 15 lbs. My mum and husband were at work; sometimes my 70-year-old grandmother would drive from another town and help me. Yasmin was disruptive for my whole family, not just me.

"I hope I can help someone else before they have to go through the pain and cost associated with not knowing about Yasmin side effects. And I want to get compensated for my medical expenses and lost wages, at least. This drug should not be on the market."