Debilitating Yasmin Side Effects Due to One Little Pill

Diana Zuckerman knows a thing or two about women’s issues, including birth control. She’s the president of the National Research Center for Women and Families, and she has a message for Bayer and any woman choosing oral contraceptives containing drospirenone such as Yasmin birth control: the class of drugs “shouldn’t be on the market because there are so many safer alternatives,” she said in comments published in the Chicago Tribune (9/15/13). 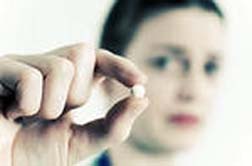 Others have similar messages. Public Citizen, the well-known consumer advocacy group founded by Ralph Nader, has all birth control pills based on the drospirenone formulation posted on its “do not use” list, due to the potential for “increased blood levels of potassium, and (these pills are) no more effective than other oral contraceptives in preventing pregnancy.”

And Maggie Yunker has a message as well. The young woman from Peotone, Illinois, advises women to be very careful. She suffered a debilitating stroke after taking Yaz for a year. At the young age of 20, blood clots had formed after she started taking Yaz, the younger cousin of Yasmin. The Yaz blood clots broke free and lodged in her brain.

Just a year after starting on Yaz to ease various symptoms associated with her menstruation cycle and also to help clear up acne, Yunker was in the hospital fighting for her life, the result of serious Yaz side effects.

“I didn’t think anything bad could happen, especially since a doctor was giving it to me,” Yunker told the Chicago Tribune. “Any medicine has risk factors, but when you’re 20, you don’t think about it.”

The young woman would spend nearly a month undergoing treatment in two hospitals, but still suffered from double vision and intense headaches after her release. Studying to be a cosmetician at the time, the pain and double vision forced her to abandon her studies.

While oral contraceptives have been around for decades, the newer class of birth control pills containing the synthetic hormone drospirenone has gained much traction given the side benefits attractive to women: fewer tendencies for bloating and weight gain, along with reduced symptoms involving various other complaints related to the use of birth control pills. That’s the case with Yaz, which was launched by Bayer five years after Yasmin birth control first arrived in 2001. Yaz, a reformulated version of Yasmin, promised to help with menstruation mood-disorder and mild acne. That added-value proved attractive to Yunker and her doctor, as well as scores of other women.

But it all comes with a cost, including the risk for Yasmin blood clots and similar Yaz side effects that are 1.5 times higher than that of older birth control pills. Various large studies, including research undertaken by the US Food and Drug Administration (FDA), backs up that claim.

There are other issues as well, including Yasmin gallbladder problems. The Chicago Tribune reports that last March, Yasmin manufacturer Bayer agreed to address alleged gallbladder injuries and set aside about $24 million in anticipation of settling with plaintiffs deciding to participate in a settlement. At the time, there were no fewer than 8,800 plaintiffs complaining of gallbladder issues relating to the Yasmin pill.

The FDA, for its part, updated the prescribing label for Yasmin birth control and Yaz to include a black box warning for increased risk for blood clots, Yasmin and DVT (deep vein thrombosis, or blood clots). “Studies comparing the risk of a blood clot range from no increase to a threefold increase,” it states on Page 5 of the 33-page document for Yaz.

Ultimately, the FDA holds that the benefit outweighs the risk.

And yet, many doctors view Yaz and the Yasmin pill as safe. “Interpretation of studies has been complicated by the fact that the ones that don’t show any relationship with increased risk are all funded by pharmaceutical companies while the studies that show higher risk are not,” said Dr. Stephen Sidney, lead author of the FDA study and director of research clinics at the Kaiser Permanente Northern California Division of Research, in comments published in the Chicago Tribune. Of the nine studies generally referenced, six show increased risk and three do not.

The Tribune reports that some doctors’ groups advocate for selling Yasmin birth control and its various cousins over the counter.

“We can debate how unsafe it is and for whom - more research could obviously clarify that - but there’s really no doubt that it’s not as safe as dozens of other birth control pills,” Zuckerman said.

More YASMIN BIRTH CONTROL News
“A substantial number of women take the pills for issues such as difficult, irregular or painful periods,” continued Zuckerman of the National Research Center for Women & Families. “But the benefits of regulating periods do not outweigh the risk of potentially fatal blood clots…if a woman wants lighter, more regular periods, she has many pills to choose from.”

Among the various Yaz lawsuits, Yunker was among the plaintiffs and received $237,000 from Bayer - the manufacturer never admits to any wrongdoing - in a settlement. But she still owes $20,000 in hospital bills given that she had no health insurance at the time of her stroke at the age of 20. Working as an aesthetician, Yunker today remains on blood thinners and expects to have to consult neurologists and hematologists for the remainder of her days.

“I’ll be dealing with this for the rest of my life,” she told the Chicago Tribune. All because of Yaz side effects. And all because of one little pill.”

Posted by
Lynn Moeller
on February 15, 2016
Do you handle Yaz claims which led to cardiac irregularities such as tachycardia? (atrial tach, SVT)